Silva, Daniel, 1960-
Format: Audiobooks
Edition: Unabridged.
Description: 1 sound media player (approximately 660 min.) : digital ; 3 3/8x 2 1/8 in.
In the sequel to Moscow Rules, Allon, now in the British capital, finds himself once more on the front lines of the secret war between East and West, where Russian spies and dissidents engage in the old game of cat and mouse. There, Allon uncovers a much greater conspiracy, a plot by an old enemy to resurrect a network of death, to bring the world to the precipice of a new confrontation. In order to stop it, he must risk everything.
Series: Silva, Daniel, 1960- Gabriel Allon series.
Other Authors:
Gigante, Phil.
ISBN: 9781501250873

UPC: 9781501250873
Hold
Audiobooks
2 of 3 available
Save to List
Title from Playaway label.
One set of earphones and one AAA battery required for playback.
Issued on Playaway, a dedicated audio media player.
Playaway.
Read by Phil Gigante. 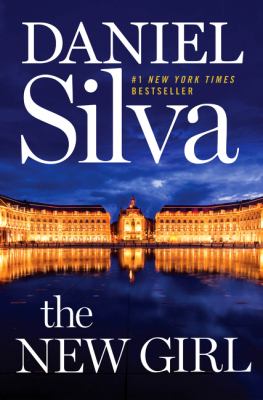