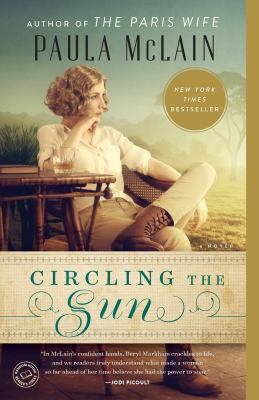 McLain, Paula.
Format: Ebook
Related Information: http://api.overdrive.com/v1/collections/v1L1BRwAAAA2g/products/e2409ee0-3d92-4355-be49-6f07a8eee5ba
Description: text file
Paula McLain, author of the phenomenal bestseller The Paris Wife, now returns with her keenly anticipated new novel, transporting readers to colonial Kenya in the 1920s. Circling the Sun brings to life a fearless and captivating woman--Beryl Markham, a record-setting aviator caught up in a passionate love triangle with safari hunter Denys Finch Hatton and Karen Blixen, who as Isak Dinesen wrote the classic memoir Out of Africa . Brought to Kenya from England as a child and then abandoned by her mother, Beryl is raised by both her father and the native Kipsigis tribe who share his estate. Her unconventional upbringing transforms Beryl into a bold young woman with a fierce love of all things wild and an inherent understanding of nature's delicate balance. But even the wild child must grow up, and when everything Beryl knows and trusts dissolves, she is catapulted into a string of disastrous relationships. Beryl forges her own path as a horse trainer, and her uncommon style attracts the eye of the Happy Valley set, a decadent, bohemian community of European expats who also live and love by their own set of rules. But it's the ruggedly charismatic Denys Finch Hatton who ultimately helps Beryl navigate the uncharted territory of her own heart. The intensity of their love reveals Beryl's truest self and her fate: to fly. Set against the majestic landscape of early-twentieth-century Africa, McLain's powerful tale reveals the extraordinary adventures of a woman before her time, the exhilaration of freedom and its cost, and the tenacity of the human spirit. Advance praise for Circling the Sun "Paula McLain has such a gift for bringing characters to life. I loved discovering the singular Beryl Markham, with all her strengths and passions and complexities, a woman who persistently broke the rules, despite the personal cost. She's a rebel in her own time, and a heroine for ours." --Jojo Moyes "McLain cements herself as the writer of historical fictional memoir with Circling the Sun, giving vivid voice to Beryl Markham. In a brilliant move, McLain hardly focuses at all on the transatlantic flight that made the aviator so famous, choosing instead to explore what happened before: Markham's unorthodox childhood in Kenya, a failed marriage, and a star-crossed love affair with Denys Finch Hatton. In McLain's confident hands, Markham crackles to life, and we readers truly understand what made a woman so far ahead of her time believe she had the power to soar." --Jodi Picoult Praise for Paula McLain and The Paris Wife "McLain has brought Hadley [Hemingway] to life in a novel that begins in a rush of early love. . . . A moving portrait of a woman slighted by history, a woman whose . . . story needed to be told." -- The Boston Globe " The Paris Wife creates the kind of out-of-body reading experience that dedicated book lovers yearn for, nearly as good as reading Hemingway for the first time--and it doesn't get much better than that." --Minneapolis Star Tribune "Exquisitely evocative . . . This absorbing, illuminating book gives us an intimate view of a sympathetic and perceptive woman, the striving writer she married, the glittering and wounding Paris circle they were part of. . . . McLain reinvents the story of Hadley and Ernest's romance with the lucid grace of a practiced poet." -- The Seattle Times "A novel that's impossible to resist . . . It's all here, and it all feels real." -- People From the Hardcover edition.
Other Authors:
OverDrive, Inc.
Subjects:
Fiction.
Literature.
Historical Fiction. 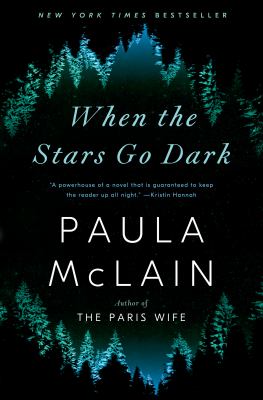 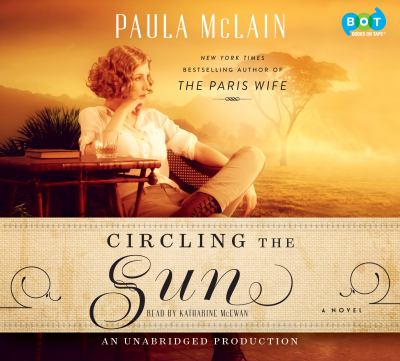