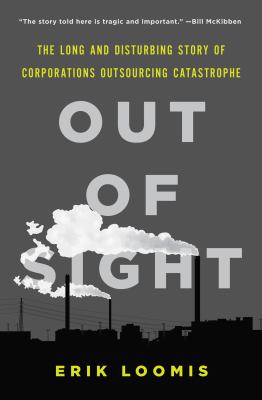 The Long and Disturbing Story of Corporations Outsourcing Catastrophe

Loomis, Erik.
Format: Ebook
Related Information: http://api.overdrive.com/v1/collections/v1L1BRwAAAA2g/products/59632a64-3fdb-4353-825e-ae8ceb9cd351
When jobs can move anywhere in the world, bosses have no incentive to protect either their workers or the environment. Work moves seamlessly across national boundaries, yet the laws that protect us from rapacious behavior remain tied to national governments. This situation creates an all-too-familiar ?race to the bottom," where profit is generated on the backs of workers and at the cost of toxic pollution. In Out of Sight , Erik Loomis?a historian of both the labor and environmental movements?follows the thread that runs from the Triangle Shirtwaist Factory Fire in New York in 1911 to the collapse of the Rana Plaza factory building outside of Dhaka, Bangladesh, in 2013. The truth is that our systems of industrial production today are just as dirty and abusive as they were during the depths of the industrial revolution and the Gilded Age, but the ugly side of manufacturing is now hidden in faraway places where workers are most vulnerable. Today, American capitalists threaten that any environmental regulations will drive up the cost of production and force them to relocate our jobs to a country where they don't face such laws and can re-create their toxic work conditions. It wasn't always like this. In his insightful book, Loomis shows that the great environmental victories of twentieth-century America?the Clean Water Act, the Clean Air Act, the EPA?were actually union victories. This history is a call to action: when we fight for our planet, we fight for our own dignity as workers and citizens.
Other Authors:
OverDrive, Inc.
Subjects:
Business.
Nonfiction.

Out of sight : the long and disturbing story of corporations outsourcing catastrophe
Loomis, Erik.