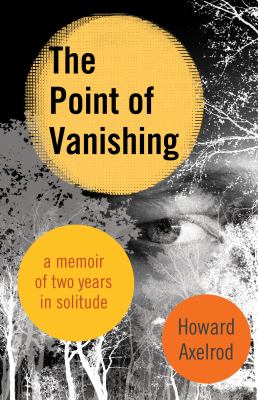 Axelrod, Howard, 1973-
Format: Ebook
Description: text file
Into the Wild meets Portrait of the Artist as a Young Man --a lyrical memoir of a life changed in an instant and of the perilous beauty of searching for identity in solitude On a clear May afternoon at the end of his junior year at Harvard, Howard Axelrod played a pick-up game of basketball. In a skirmish for a loose ball, a boy's finger hooked behind Axelrod's eyeball and left him permanently blinded in his right eye. A week later, he returned to the same dorm room, but to a different world. A world where nothing looked solid, where the distance between how people saw him and how he saw had widened into a gulf. Desperate for a sense of orientation he could trust, he retreated to a jerry-rigged house in the Vermont woods, where he lived without a computer or television, and largely without human contact, for two years. He needed to find, away from society's pressures and rush, a sense of meaning that couldn't be changed in an instant. From the Trade Paperback edition.
Other Authors:
OverDrive, Inc.
Subjects:
Biography & Autobiography.
Nature.
Nonfiction.