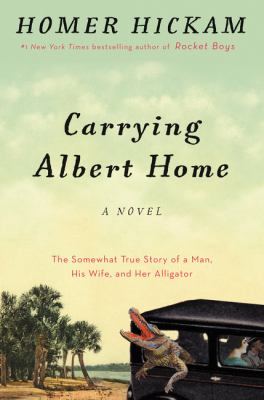 The Somewhat True Story of a Man, His Wife, and Her Alligator

Hickam, Homer H., 1943- author.
Format: Book
Edition: First edition.
Description: xvii, 398 pages : illustrations ; 24 cm
Elsie Lavender and Homer Hickam (the father of the author) were high school classmates in the West Virginia coalfields, graduating just as the Great Depression began. When Homer asked for her hand, Elsie instead headed to Orlando where she sparked with a dancing actor named Buddy Ebsen (yes, that Buddy Ebsen). But when Buddy headed for New York, Elsie's dreams of a life with him were crushed and eventually she found herself back in the coalfields, married to Homer. Unfulfilled as a miner's wife, Elsie was reminded of her carefree days with Buddy every day because of his unusual wedding gift: an alligator named Albert she raised in the only bathroom in the house. When Albert scared Homer by grabbing his pants, he gave Elsie an ultimatum: "Me or that alligator!" After giving it some thought, Elsie concluded there was only one thing to do: Carry Albert home.
Other Authors:
Prequel to: Hickam, Homer H., 1943- Rocket boys.
Subjects:
Man-woman relationships -- Fiction.
Husband and wife -- Fiction.
Alligators as pets -- Fiction.
Automobile travel -- Fiction.
Coal miners -- Fiction.
Man-woman relationships.
Husband and wife.
Alligators as pets.
Automobile travel.
Coal miners.
Florida -- Fiction.
West Virginia -- Fiction.
Florida.
West Virginia.

"This book is a work of fiction"--verso.
"The long-awaited prequel to the bestselling memoir Rocket Boys"-- dust jacket. 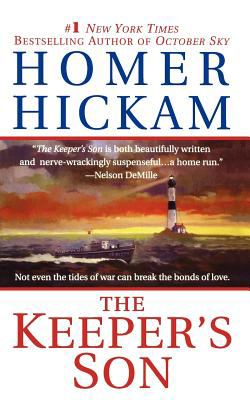