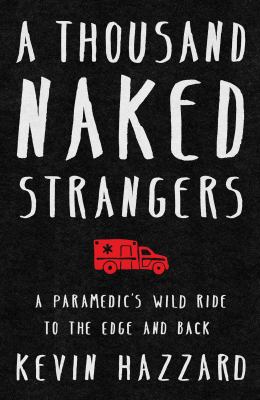 A Paramedics' Wild Ride to the Edge and Back

Hazzard, Kevin, 1977- author.
Format: Book
Edition: First Scribner hardcover edition.
Description: xix, 261 pages ; 22 cm
"A former paramedic's visceral, poignant, and mordantly funny account of a decade spent on Atlanta's mean streets saving lives and connecting with the drama and occasional beauty that lies inside catastrophe. In the aftermath of 9/11 Kevin Hazzard felt that something was missing from his life--his days were too safe, too routine. A failed salesman turned local reporter, he wanted to test himself, see how he might respond to pressure and danger. He signed up for emergency medical training and became, at age twenty-six, a newly minted EMT running calls in the worst sections of Atlanta. His life entered a different realm--one of blood, violence, and amazing grace. Thoroughly intimidated at first and frequently terrified, he experienced on a nightly basis the adrenaline rush of walking into chaos. But in his downtime, Kevin reflected on how people's facades drop away when catastrophe strikes. As his hours on the job piled up, he realized he was beginning to see into the truth of things. There is no pretense five beats into a chest compression, or in an alley next to a crack den, or on a dimly lit highway where cars have collided. Eventually, what had at first seemed impossible happened: Kevin acquired mastery. And in the process he was able to discern the professional differences between his freewheeling peers, what marked each--as he termed them--as "a tourist," "true believer," or "killer." Combining indelible scenes that remind us of life's fragile beauty with laugh-out-loud moments that keep us smiling through the worst, A Thousand Naked Strangers is an absorbing read about one man's journey of self-discovery--a trip that also teaches us about ourselves"-- Provided by publisher.
Subjects:
Hazzard, Kevin, 1977- Health.
Emergency medical technicians -- Georgia -- Biography.
Emergency medical services -- Georgia -- Anecdotes.

A thousand naked strangers [book club set] : a paramedics' wild ride to the edge and back
Hazzard, Kevin, 1977- author.