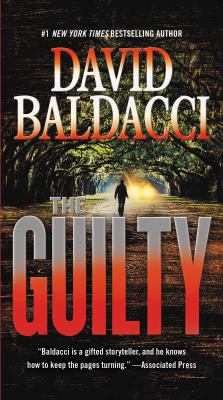 Baldacci, David.
Format: Eaudiobook
Related Information: http://api.overdrive.com/v1/collections/v1L1BRwAAAA2g/products/d058909e-24cc-4164-8ef8-46f893702db9
Description: digital
Following David Baldacci's #1 New York Times bestseller The Target, lethal government assassin Will Robie returns!When Will Robie receives word that his father?who he hasn't spoken to in years?has been arrested for murder, Robie immediately heads home to investigate. His hometown is a remote, economically depressed small town where everyone still remembers him as a high school sports star who left one night and was never seen again.Dan Robie is a local judge, and he's suspected of murdering a man who appeared before him in court. Robie and his father have never seen eye-to-eye, and he pushes Robie almost to the point of leaving town. But when another murdered victim shows up, Robie realizes that there may be more to the story than just his father's vigilante justice.
Other Authors:
Brewer, Kyf.
Cassidy, Orlagh.
OverDrive, Inc.