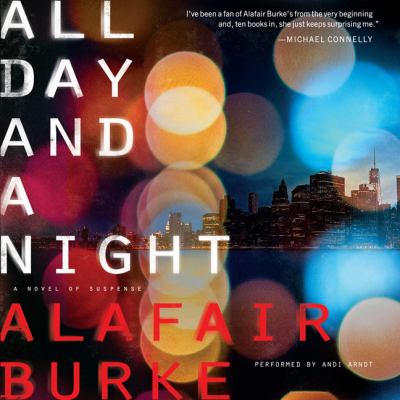 A Novel of Suspense.

Burke, Alafair, author.
Format: Eaudiobook
Edition: Unabridged.
Description: 1 online resource (1 audio file (10hr., 30 min.)) : digital.
A murder case with ties to a convicted serial killer leads a young defense lawyer and an NYPD homicide detective into parallel investigations with explosive and deadly results in this superb mystery from "one of the finest young crime writers working today" (Dennis Lehane). The latest story dominating New York tabloids-the murder of Park Slope psychotherapist Helen Brunswick-couldn't be further from Carrie Blank's world handling federal appeals at one of Manhattan's most elite law firms. But then a hard-charging celebrity trial lawyer calls Carrie with a case she can't refuse. Anthony Amaro, a serial killer convicted twenty years earlier, has received an anonymous letter containing a chilling detail about Brunswick's murder: the victim's bones were broken after she was killed, the same signature used in the murders attributed to Amaro. Now Amaro is asking to be released from prison. Carrie has a reason to be interested. Her older sister, Donna, was one of Amaro's victims. Determined to force the government to catch Donna's real killer, Carrie joins Amaro's wrongful conviction team with her own agenda. On the other side of Amaro's case is NYPD Detective Ellie Hatcher, who, along with her partner, J. J. Rogan, is tapped as the "fresh look" team to reassess the investigation that led to Amaro's conviction. The case is personal for them, too: Ellie wonders whether they got the assignment because of her relationship with the lead prosecutor, and Rogan has his own reasons to distrust Amaro's defense team. As the NYPD and Amaro's lawyers search for certainty among conflicting evidence, their investigations take them back to Carrie's hometown, where secrets buried long ago lead to a brutal attack-one that makes it terrifyingly clear that someone has gotten too close to the truth.
Series: Burke, Alafair. Ellie Hatcher series ; [5].
Other Authors:
Arndt, Andi.
hoopla digital.