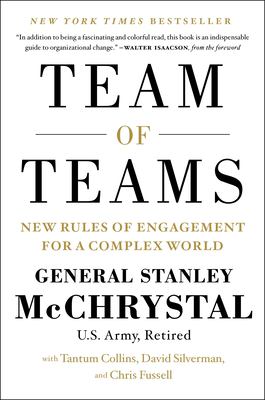 New Rules of Engagement for a Complex World

McChrystal, Stanley A., author.
Format: Book
Description: ix, 290 pages : illustrations ; 24 cm
From the New York Times bestselling author of My Share of the Task and Leaders , a manual for leaders looking to make their teams more adaptable, agile, and unified in the midst of change.

When General Stanley McChrystal took command of the Joint Special Operations Task Force in 2004, he quickly realized that conventional military tactics were failing. Al Qaeda in Iraq was a decentralized network that could move quickly, strike ruthlessly, then seemingly vanish into the local population. The allied forces had a huge advantage in numbers, equipment, and training--but none of that seemed to matter. To defeat Al Qaeda, they would have to combine the power of the world's mightiest military with the agility of the world's most fearsome terrorist network. They would have to become a "team of teams"--faster, flatter, and more flexible than ever.

In Team of Teams , McChrystal and his colleagues show how the challenges they faced in Iraq can be rel­evant to countless businesses, nonprofits, and or­ganizations today. In periods of unprecedented crisis, leaders need practical management practices that can scale to thousands of people--and fast. By giving small groups the freedom to experiment and share what they learn across the entire organiza­tion, teams can respond more quickly, communicate more freely, and make better and faster decisions.


Drawing on compelling examples--from NASA to hospital emergency rooms-- Team of Teams makes the case for merging the power of a large corporation with the agility of a small team to transform any organization.
Other Authors:
Collins, Tantum, author.
Silverman, David, author.
Fussell, Chris, author.

Hold
Book
3 of 3 available
Save to List
Includes bibliographical references (pages 255-279) and index.

More By McChrystal, Stanley A., author. 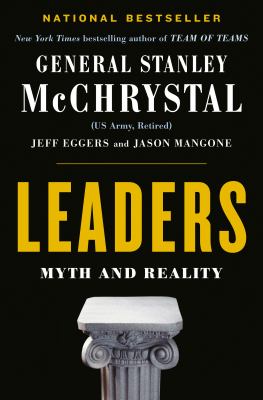 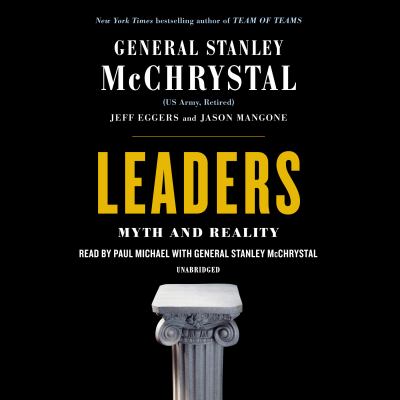