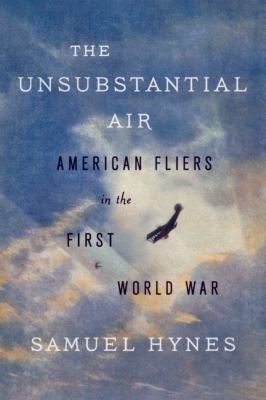 Hynes, Samuel, 1924-
Format: Book
Edition: First edition.
Description: xii, 322 pages : illustrations ; 24 cm
"The vivid story of the young Americans who fought and died in the aerial battles of World War I. The Unsubstantial Air is a chronicle of war that is more than a military history; it traces the lives and deaths of the young Americans who fought in the skies over Europe in World War I. Using letters, journals, and memoirs, it speaks in their voices and answers primal questions: What was it like to be there? What was it like to fly those planes, to fight, to kill? The volunteer fliers were often privileged young men--the sort of college athletes and Ivy League students who might appear in an F. Scott Fitzgerald novel, and sometimes did. For them, a war in the air would be like a college reunion. Others were roughnecks from farms and ranches, for whom it would all be strange. Together they would make one Air Service and fight one bitter, costly war. A wartime pilot himself, the memoirist and critic Samuel Hynes tells these young men's saga as the story of a generation. He shows how they dreamed of adventure and glory, and how they learned the realities of a pilot's life, the hardships and the danger, and how they came to know both the beauty of flight and the constant presence of death. They gasp in wonder at the world seen from a plane, struggle to keep their hands from freezing in open-air cockpits, party with actresses and aristocrats, and search for their friends' bodies on the battlefield. Their romantic war becomes more than that--it becomes a harsh but often thrilling new reality"-- Provided by publisher.
Contents: Prologue: A Fire Beyond the Horizon -- An Occupation for Gentlemen -- The Ivy League Air Force -- Going -- Abroad I : First Impressions -- Driving the Machine -- The Pleasurable Sensation of Flying -- Waiting for the War -- How to Fight -- This Killing Business -- Abroad II : Getting Acquainted -- In Pursuit -- Looking at the War -- A Short History of Bombing -- Summer : 1918 -- September : St. Mihiel -- Abroad III : End Games -- The Last Battle -- November Eleventh -- Afterwards.
Subjects:
World War, 1914-1918 -- Aerial operations, American.
Fighter pilots -- United States -- History -- 20th century.
Fighter pilots -- United States -- Biography.
World War, 1914-1918 -- Personal narratives, American. 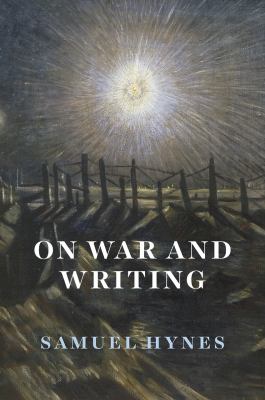