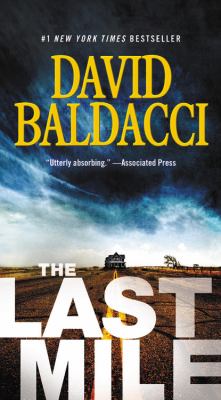 Baldacci, David, author.
Format: Large Print
Edition: First edition.
Description: 644 pages (large print) ; 24 cm.
Melvin Mars awaits his fate on Death Row. He was one of America's most promising football stars until, aged twenty-years-old, he was arrested and convicted for the murder of his parents just as he was due to begin a very lucrative contract with the NFL. When Amos Decker, newly appointed special agent with the FBI, hears the news that Melvin was saved in the final seconds before his execution because someone has confessed to the killings, he persuades his boss to allow him to carry out an investigation into the Mars murders.
Series: Baldacci, David. Amos Decker series.
Subjects:
United States. Federal Bureau of Investigation -- Fiction.
Government investigators -- Fiction.
Murder -- Investigation -- Fiction.
Death row inmates -- Fiction.
Large type books.