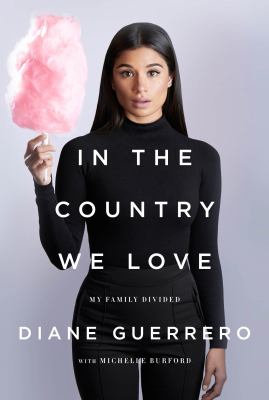 Guerrero, Diane, 1986- author.
Format: Book
Edition: First edition.
Description: 257 pages : illustrations ; 24 cm
"Diane Guerrero, the television actress from the megahit Orange is the New Black and Jane the Virgin, was just fourteen years old on the day her parents and brother were arrested and deported to Colombia while she was at school. Born in the U.S., Guerrero was able to remain in the country and continue her education, depending on the kindness of family friends who took her in and helped her build a life and a successful acting career for herself, without the support system of her family. In the Country We Love is a moving, heartbreaking story of one woman's extraordinary resilience in the face of the nightmarish struggles of undocumented residents in this country. There are over 11 million undocumented immigrants living in the US, many of whom have citizen children, whose lives here are just as precarious, and whose stories haven't been told. Written with Michelle Burford, this memoir is a tale of personal triumph that also casts a much-needed light on the fears that haunt the daily existence of families likes the author's and on a system that fails them over and over"-- Provided by publisher.
Other Authors:
Burford, Michelle, author.
Contents: The silver key -- Mi familia -- Underground -- The good girl -- The plan -- Ground shift -- Taken -- Left behind -- Second family -- Butterfly -- New world -- The edge -- Turnabout -- Stage right -- New York City -- Orange -- Into daylight -- Call to action.
Subjects:
Guerrero, Diane, 1986-
Guerrero, Diane, 1986- -- Family.
Actors -- United States -- Biography.
Illegal immigration -- United States
Immigration enforcement -- United States.
Children of noncitizens -- United States -- Biography. 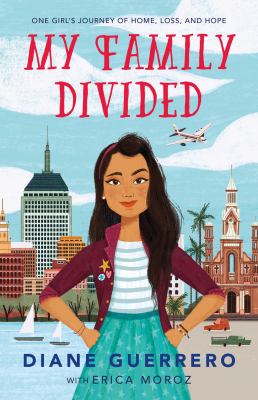