Cussler, Clive.
Format: Audiobooks
Edition: Unabridged.
Description: 1 sound media player (approximately 690 min.) : digital ; 3 3/8x 2 1/8 in.
Juan Cabrillo and the crew of the Oregon face their toughest challenge yet when a violent bank heist during the Monaco Grand Prix decimates the Corporation|s accounts. To get the money back, Juan joins forces with an old friend from his days in the CIA so they can track down a rogue hacker and a ruthless former Ukrainian naval officer. It is only after the hunt begins that the enormity of the plan comes into focus: the bank theft is just the first step in a plot that will result in the deaths of millions and bring the world|s economies to a standstill. The catalyst for the scheme? A stunning document stolen during Napoleon|s disastrous invasion of Russia. But two hundred years later, it may be the thing that brings Europe to its knees.
Series: Cussler, Clive. Novel of the Oregon Files (Sound recording)
Other Authors:
Brick, Scott.
Morrison, Boyd, 1967-

Title from Playaway label.
One set of earphones and one AAA battery required for playback.
Issued on Playaway, a dedicated audio media player.
Playaway.
Read by Scott Brick. 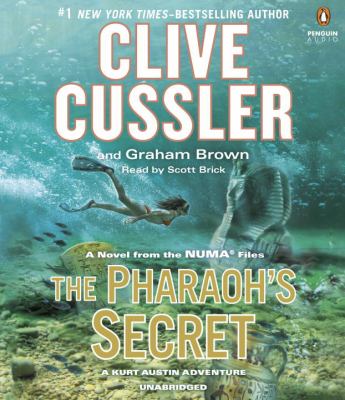