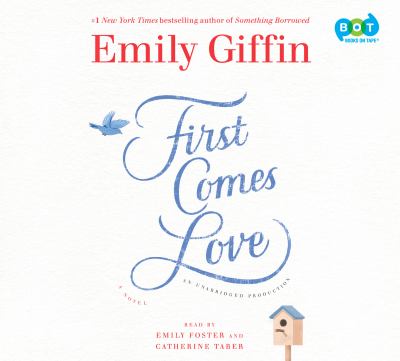 Giffin, Emily.
Format: Eaudiobook
Related Information: http://api.overdrive.com/v1/collections/v1L1BRwAAAA2g/products/04116015-0ed4-443c-9b70-c60e09cd82f6
Description: digital
A pair of sisters find themselves at a crossroads in this dazzling new novel from the #1 New York Times bestselling author of Something Borrowed, Where We Belong, and The One & Only . First Comes Love is a story about family, friendship, and the courage to follow your own heart?wherever that may lead. Growing up, Josie and Meredith Garland shared a loving, if sometimes contentious, relationship. Josie was impulsive, spirited, and outgoing, Meredith hardworking, thoughtful, and reserved. When tragedy strikes, their delicate bond splinters. Fifteen years later, Josie and Meredith are in their late thirties, following very different paths. Josie, a first grade teacher, is single?and this close to swearing off dating for good. What she wants more than the right guy, however, is to become a mother?a feeling that is heightened when her ex-boyfriend's daughter is assigned to her class. Determined to have the future she's always wanted, Josie decides to take matters into her own hands. On the outside, Meredith is the model daughter with the perfect life. A successful attorney, she's married to a wonderful man, and together they're raising a beautiful four-year-old daughter. Yet lately Meredith feels dissatisfied and restless, secretly wondering if she chose the life that was expected of her rather than the one she truly desired. As the anniversary of their tragedy looms, and painful secrets from the past begin to surface, Josie and Meredith must not only confront the issues that divide them but also come to terms with their own choices. In their journey toward understanding and forgiveness, both sisters discover that they need each other more than they knew?and that in the search for true happiness, love always comes first. Advance praise for First Comes Love "Moving and complex, [ First Comes Love ] proves [that Emily Giffin is] still at the top of her game." ? Booklist "Giffin juggles Josie's quest for motherhood and Meredith's internal conflicts deftly. . . . Giffin paints a realistic portrait of the troubled and complex relationship between a pair of sisters. Beyond the sisters, the novel is rich with well-drawn characters, from Gabe, Josie's best friend and platonic roommate, to Sophie, Daniel's girlfriend at the time of his death. Giffin's fans will be pleased with this fast-paced, witty, and thoughtful new offering." ? Kirkus Reviews "Giffin's talent is pretty much unparalleled when it comes to the modern woman's story about life, love and family." ? Redbook Praise for Emily Giffin "Emily Giffin ranks as a grand master. . . . She has traversed the slippery slopes of true love, lost love, marriage, motherhood, betrayal, forgiveness and redemption that have led her to be called 'a modern-day Jane Austen.' " ?Chicago Sun-Times "A dependably down-to-earth, girlfriendly storyteller." ?The New York Times "Giffin's talent lies in taking relatable situations and injecting enough wit and suspense to make them feel fresh." ?People "Emily Giffin is the creator of characters so real and so enthrallingly flawed that people sometimes forget they are fictional." ?Atlanta Journal-Constitution "When it comes to writing stories that resonate with real women, bestselling author Emily Giffin has hit her stride." ?San Francisco Chronicle "Giffin knows a thing or two about writing a page turner." ? Southern Living From the Hardcover edition.
Other Authors:
Taber, Catherine.
Foster, Emily.
OverDrive, Inc.

The one & only : a novel
Giffin, Emily, author. 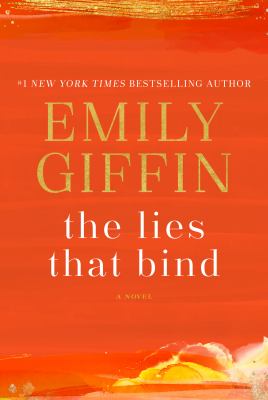 The lies that bind : a novel
Giffin, Emily, author. 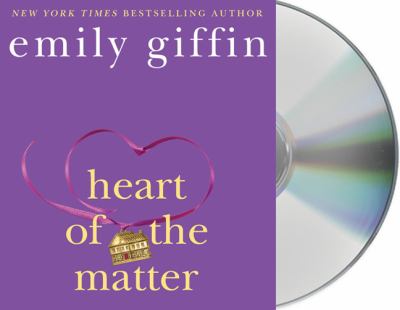 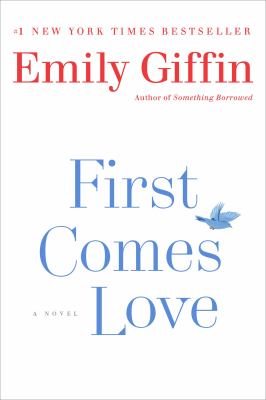