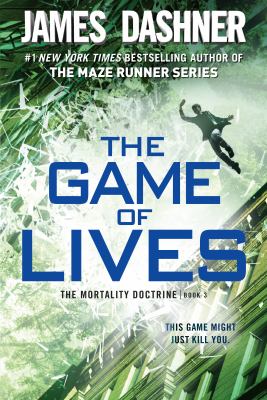 Dashner, James, 1972-
Format: Ebook
Description: text file
From James Dashner, author of the #1 New York Times bestselling Maze Runner series, comes the final book in the Mortality Doctrine series, an edge-of-your-seat cyber-adventure trilogy that includes The Eye of Minds and The Rule of Thoughts . Includes a sneak peek of The Fever Code , the highly-anticipated conclusion to the Maze Runner series?the novel that finally reveals how the maze was built! Michael used to live to game, but the games he was playing have become all too real. Only weeks ago, sinking into the Sleep was fun. The VirtNet combined the most cutting-edge technology and the most sophisticated gaming for a full mind-body experience. And it was Michael's passion. But now every time Michael sinks, he risks his life. The games are over. The VirtNet has become a world of deadly consequences, and Kaine grows stronger by the day. The Mortality Doctrine?Kaine's master plan?has nearly been realized, and little by little the line separating the virtual from the real is blurring. If Kaine succeeds, it will mean worldwide cyber domination. And it looks like Michael and his friends are the only ones who can put the monster back in the box? if Michael can figure out who his friends really are. The author who brought you the #1 New York Times bestselling MAZE RUNNER series and two #1 movies? The Maze Runner and The Scorch Trials ?now brings you an electrifying cyber-adventure trilogy that takes you into a world of hyperadvanced technology, cyber terrorists, and gaming beyond your wildest dreams . . . and your worst nightmares. Praise for the MORTALITY DOCTRINE series : "Dashner takes full advantage of the Matrix -esque potential for asking 'what is real.'" ?io9.com "Set in a world taken over by virtual reality gaming, the series perfectly capture[s] Dashner's hallmarks for inventiveness, teen dialogue and an ability to add twists and turns like no other author ." ?MTV.com "A brilliant, visceral, gamified mash-up of The Matrix and Inception , guaranteed to thrill even the non-gaming crowd." ? Christian Science Monitor
Other Authors:
OverDrive, Inc.
Subjects:
Young Adult Fiction.
Young Adult Literature. 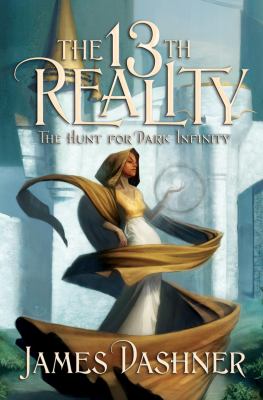