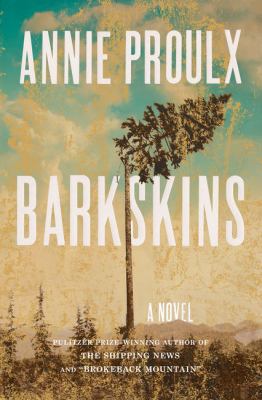 Proulx, Annie, author.
Format: Large Print
Edition: Large print edition.
Description: 907 pages (large print) ; 23 cm.
"Barkskins opens in New France in the late 18th century as Rene Sel, an illiterate woodsman makes his way from Northern France to the homeland to seek a living. Bound to a "seigneur" for three years in exchange for land, he suffers extraordinary hardship and violence, always in awe of the forest he is charged with clearing. In the course of this epic novel, Proulx tells the stories of Rene's children, grandchildren, and great grandchildren, as well as the descendants of his friends and foes, as they travel back to Europe, to China, to New England, always in quest of a livelihood or fleeing stunningly brutal conditions--war, pestilence, Indian attacks, the revenge of rivals. Proulx's inimitable genius is her creation of characters who are so vivid--in their greed, lust, vengefulness, or their simple compassion and hope--that we follow them with fierce attention. This is Proulx's most ambitious novel ever, and her master work"-- Provided by publisher.
Series: Thorndike Press large print core series.
Subjects:
Indentured servants -- 17th century -- Fiction.
Large type books.
Canada -- History -- 17th century.