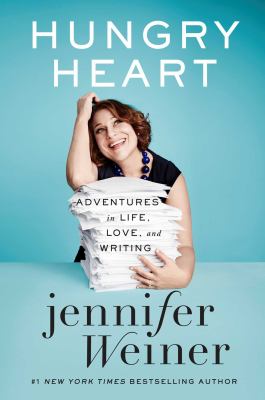 Adventures in Life, Love, and Writing

Weiner, Jennifer, author.
Format: Book
Edition: First Atria Books hardcover edition.
Description: x, 402 pages ; 24 cm
"You fall down. You get hurt. You get up again. You know Jennifer Weiner as many things: a bestselling author, a Twitter phenomenon, and "an unlikely feminist enforcer" (The New Yorker). She's also a mom, a daughter, and a sister; a former rower and current runner; a best friend and a reality TV junkie. Here, in her first foray into nonfiction, she takes the raw stuff of her personal life and spins it into a collection of essays on womanhood as uproariously funny and moving as the best of Tina Fey, Fran Lebowitz, and Nora Ephron. Jennifer grew up as an outsider in her picturesque Connecticut hometown ("a Lane Bryant outtake in an Abercrombie & Fitch photo shoot") and at her Ivy League college, but finally found her people in newsrooms in central Pennsylvania and Philadelphia and her voice as a novelist, activist, and New York Times columnist. No subject is off-limits in this intimate and honest essay collection: sex, weight, envy, money, her mom's late-in-life lesbianism, and her estranged father's death. From lonely adolescence to modern childbirth to hearing her six-year-old daughter's use of the f-word--fat;--for the first time, Jennifer dives deep into the heart of female experience, with the wit and candor that have endeared her to readers all over the world. By turns hilarious and deeply touching, Hungry Heart is about yearning and longing, love and loss, and a woman who searched for her place in the world--and found it as a storyteller"-- Provided by publisher.
Subjects:
Weiner, Jennifer.
Authors, American -- 20th century -- Biography. 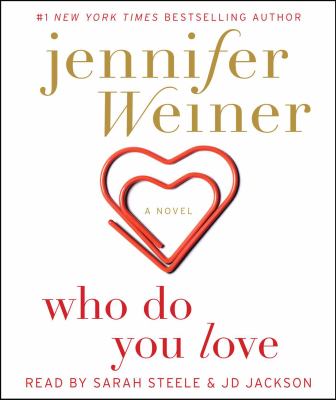 Who do you love : a novel
Weiner, Jennifer, author.