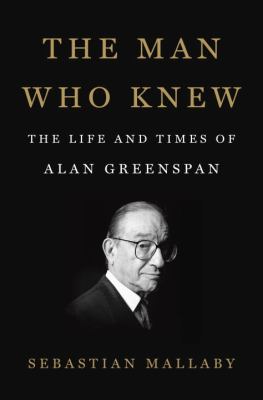 The Life and Times of Alan Greenspan

Mallaby, Sebastian, author.
Format: Book
Description: xv, 781 pages, 24 unnumbered pages of plates : illustrations ; 25 cm
A product of more than five years of research, Mallaby's magisterial biography of Alan Greenspan brings into focus the mysterious point where politics and the economy meet. Through Greenspan's story, Mallaby casts every presidency from Nixon to George W. Bush in a fresh new light. The story of Greenspan is also the story of the making of modern finance, for good and for ill. The Man Who Knew is a searching reckoning with what exactly comprised the art, and the possible, in the career of Alan Greenspan. -- adapted from dust jacket.
Contents: Introduction: "He has set a standard" -- Book I: The ideologue. The feeling of a conqueror ; The un-Keynesian ; The rebirth of money ; Ayn Rand's undertaker ; Against the New Frontier -- Book II. The politician. A libertarian for Nixon ; Do-nothingism ; "A minority of one" ; Between Thatcher and Kissinger ; The first housing conundrum ; Republican dreamers ; "Do we really need the Fed?" ; A Republican Volcker ; Without the cigar -- Book III. The central banker. "Greenspan's irrelevant" ; Light Black Monday ; The gun-shy chairman ; "You're the big guru" ; Maestro ; Alan versus Alan ; The zipswitch chairman ; Irrational exuberance ; "The best economy I've ever seen" ; "Uncle Alan will take care of us" ; Alan.com ; "A very surreal environment" ; Lowflation ; The four winds ; "I found a flaw" ; The blind roller skater.
Subjects:
Greenspan, Alan, 1926-
Board of Governors of the Federal Reserve System (U.S.)
Economists -- United States -- Biography.
Government economists -- United States -- Biography.
Monetary policy -- United States.

Hold
Book
1 of 1 available
Save to List
"A Council on Foreign Relations Book."
Includes bibliographical references (pages 695-755) and index. 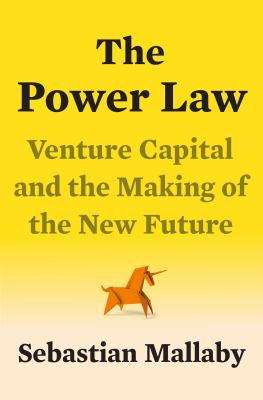 The power law : venture capital and the making of the new future
Mallaby, Sebastian, author.