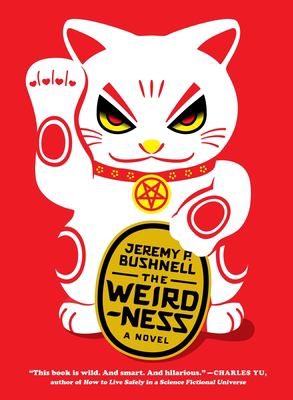 Bushnell, Jeremy P., author.
Format: Book
Edition: First edition.
Description: 277 pages ; 19 cm
"With the literary muscle of Victor LaValle's Big Machine and the outlandish humor of Kevin Smith's Dogma, this debut reveals the dark underbelly of the NY literary scene. At thirty, Billy Ridgeway still hasn't gotten around to becoming a writer; he thinks too much to get anything done, really, except making sandwiches at a Greek deli with his buddy Anil. But the Devil shows up with fancy coffee one morning, promising to make Billy's dream of being published come true: as long as Billy steals The Neko of Infinite Equilibrium, a cat-shaped statue with magical powers, from the most powerful warlock in the Eastern United States. The Devil's bidding sends Billy on a wild chase through New York City, through which Billy discovers his own strength, harnessing his powers as a hell-wolf and finally fighting the warlock face-to-face. God even makes a guest appearance, and He's not who you thought He was. Bushnell's stunningly imaginative debut is about finding meaning in life, confronting your biggest critics, and discovering that a boring life might be the best life of all"-- Provided by publisher.
Subjects:
Novelists -- Fiction.
Devil -- Fiction.
Satanism -- Fiction.
Warlocks -- Fiction.
Magic -- Fiction.
Paranormal fiction.
Roman.
Amerikanisches Englisch.
New York (N.Y.) -- Fiction. 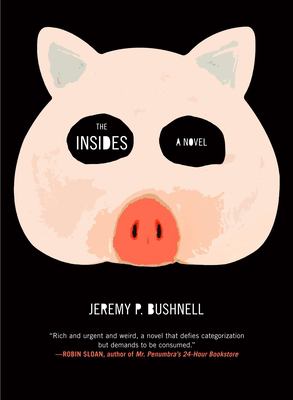