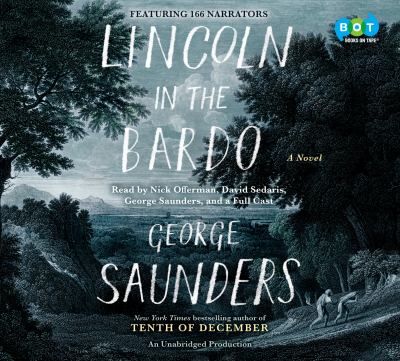 Saunders, George, 1958-
Format: Eaudiobook
Related Information: http://api.overdrive.com/v1/collections/v1L1BRwAAAA2g/products/0003ce7c-b2af-4e1c-b894-d04de0eb5b24
Description: digital
The long-awaited first novel from the author of Tenth of December : a moving and original father-son story featuring none other than Abraham Lincoln, as well as an unforgettable cast of supporting characters, living and dead, historical and invented February 1862. The Civil War is less than one year old. The fighting has begun in earnest, and the nation has begun to realize it is in for a long, bloody struggle. Meanwhile, President Lincoln's beloved eleven-year-old son, Willie, lies upstairs in the White House, gravely ill. In a matter of days, despite predictions of a recovery, Willie dies and is laid to rest in a Georgetown cemetery. "My poor boy, he was too good for this earth," the president says at the time. "God has called him home." Newspapers report that a grief-stricken Lincoln returns, alone, to the crypt several times to hold his boy's body. From that seed of historical truth, George Saunders spins an unforgettable story of familial love and loss that breaks free of its realistic, historical framework into a supernatural realm both hilarious and terrifying. Willie Lincoln finds himself in a strange purgatory where ghosts mingle, gripe, commiserate, quarrel, and enact bizarre acts of penance. Within this transitional state?called, in the Tibetan tradition, the bardo?a monumental struggle erupts over young Willie's soul. Lincoln in the Bardo is an astonishing feat of imagination and a bold step forward from one of the most important and influential writers of his generation. Formally daring, generous in spirit, deeply concerned with matters of the heart, it is a testament to fiction's ability to speak honestly and powerfully to the things that really matter to us. Saunders has invented a thrilling new form that deploys a kaleidoscopic, theatrical panorama of voices to ask a timeless, profound question: How do we live and love when we know that everything we love must end? The 166-person full cast features award-winning actors and musicians, as well as a number of Saunders' family, friends, and members of his publishing team, including, in order of their appearance: Nick Offerman as HANS VOLLMAN David Sedaris as ROGER BEVINS III Carrie Brownstein as ISABELLE PERKINS George Saunders as THE REVEREND EVERLY THOMAS Miranda July as MRS. ELIZABETH CRAWFORD Lena Dunham as ELISE TRAYNOR Ben Stiller as JACK MANDERS Julianne Moore as JANE ELLIS Susan Sarandon as MRS. ABIGAIL BLASS Bradley Whitford as LT. CECIL STONE Bill Hader as EDDIE BARON Megan Mullally as BETSY BARON Rainn Wilson as PERCIVAL "DASH" COLLIER Jeff Tweedy as CAPTAIN WILLIAM PRINCE Kat Dennings as MISS TAMARA DOOLITTLE Jeffrey Tambor as PROFESSOR EDMUND BLOOMER Mike O'Brien as LAWRENCE T. DECROIX Keegan-Michael Key as ELSON FARWELL Don Cheadle as THOMAS HAVENS and Patrick Wilson as STANLEY "PERFESSER" LIPPERT with Kirby Heyborne as WILLIE LINCOLN, Mary Karr as MRS. ROSE MILLAND, and Cassandra Campbell as Your Narrator Praise for George Saunders "No one writes more powerfully than George Saunders about the lost, the unlucky, the disenfranchised." ?Michiko Kakutani, The New York Times "Saunders makes you feel as though you are reading fiction for the first time." ?Khaled Hosseini "Few people cut as hard or deep as Saunders does." ?Junot D?az "George Saunders is a complete original. There is no one better, no one more essential to our national sense of self and sanity." ?Dave Eggers "Not since Twain has America produced a satirist this...
Other Authors:
Saunders, George, 1958-
Offerman, Nick.
Sedaris, David.
Various.
OverDrive, Inc. 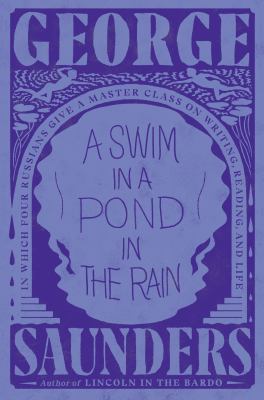 A swim in a pond in the rain : in which four Russians give a master class on writing, reading, and life
Saunders, George, 1958- author. 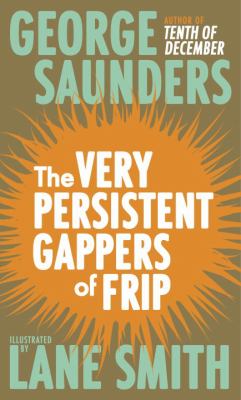 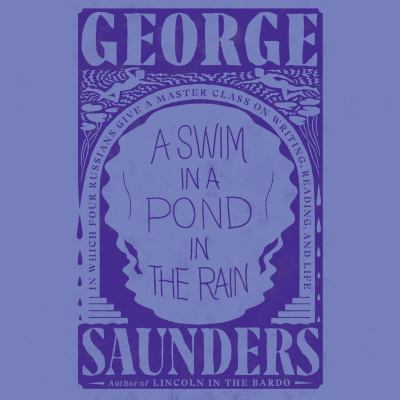 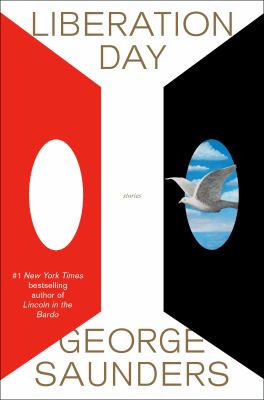