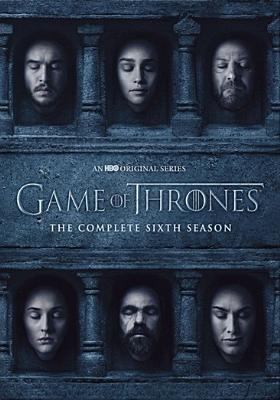 Format: DVD
Description: 5 videodiscs (558 min.) : sd., col. ; 4 3/4 in.
As civil war brews between several noble families in Westeros, the children of the former rulers of the land attempt to rise up to power. Also a forgotten race, bent on destruction, plans to return after thousands of years in the North.
Subjects: