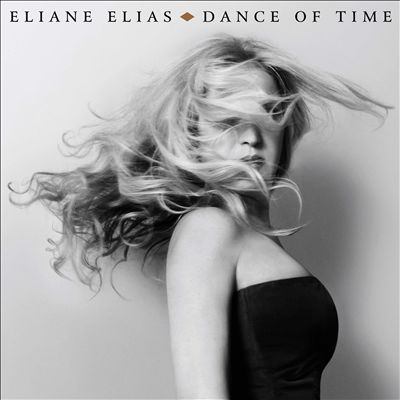 Elias, Eliane, performer, arranger of music.
Format: Music CD
Description: 1 audio disc ; 4 3/4 in.
Way back in 1991, Brazilian-born pianist Eliane Elias opened Illusions, her debut solo album, with a tune called "Choro." It offered a swinging distillation of the musical form that has been at the heart of her life-long study of samba. Since then, she's revisited her musical heritage over and over again, wedding modern jazz to post-1960 Brazilian jazz and MPB. In the process, she's developed an instantly identifiable sound as a pianist. Dance of Time follows 2015's fine Made in Brasil, a set that relied most heavily on bossa nova. Teaming again with collaborative producers Steve Rodby and husband Marc Johnson, Elias is accompanied by a stellar rhythm section: bassist Marcelo Mariano, guitarist Marcus Teixeira, drummer Edu Ribeiro, and percussionists Marivaldo dos Santos and Gustavo di Dalva on most of this set. Recorded in Brazil and New York, the date also includes a wonderful guest list that includes Take 6's Mark Kibble, Randy Brecker, Mike Manieri, Joao Bosco -- who adds his voice and guitar to a lovely reading of his own "Coisa Feita" -- and Toquinho. The program contains readings of killer sambas such as "O Pato," Joao Donato's eternal "Sambou Sambou," the wonderful "Samba de Orly" (co-composed by Toquinho, who also sings on it, Vinicius De Moraes and Chico Buarque), and Ary Barroso's "Na Batacuda da Vida." Each of these numbers remains faithful to the originals, but Elias' arrangements, pianism, and breezy, syncopated vocals graft them so thoroughly onto swinging, straight-ahead, modern post-bop, it's difficult to accept they weren't always in the jazz fakebook. But she goes further. She injects Harry Warren's slippery pop blues "You're Getting to Be a Habit with Me," with a slow choro backbeat. She also transforms Kurt Weill's and Ogden Nash's sultry "Speak Low" into simmering, polished modern jazz with a fantastic multi-tracked backing vocal by Kibble and great soloing from Brecker. The best tunes here, however, are her own. "By Hand ("Em Maos") offers another backing vocal from Kibble, as Elias stitches samba onto bossa in a lithe, sensual groove. "An Up Dawn" is a vehicle for her intricate, syncopated chord voicings on her instrument's middle and lower registers, which create an interlocking dance of samba, tango, and bluesy ragtime. "Not to Cry (Pra Nao Chorar)" is a co-write with Toquinho -- who lends his guitar and weathered yet effective vocal in a duet. He began the tune in 1978 as a vehicle (for Elias) with the working title "Eliane." He completed it for this album with participation from the tune's muse. Their singing voices are an elegant yet earthy study in contrasts, while his lilting guitar chords pace her keyboard embellishments. Its tenderness sends the set off with a sweet whisper. Dance of Time is inspired, deftly musical, and truly accessible to a wide range of listeners from jazz to pop to Brazilian music. It's virtually flawless. ~ Thom Jurek
Contents: O pato (4:16) -- You're getting to be a habit with me (3:50) -- Copacabana (5:19) -- Coisa feita (4:59) -- By hand = Em mãos (5:14) -- Sambou sambou (3:48) -- Little paradise (4:59) -- Speak low (6:33) -- Samba de Orly (3:19) -- Na batucada da vida (5:38) -- An up dawn (4:22) -- Not to cry = Pra não chorar (3:55).
Subjects:
2011-2020
Jazz vocals.
Jazz -- 2011-2020.
Jazz vocals.
Jazz. 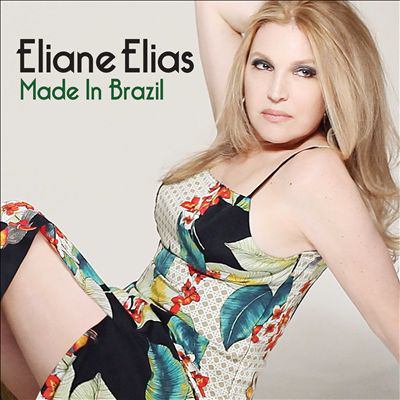 Made in Brazil
Elias, Eliane, performer, arranger of music.