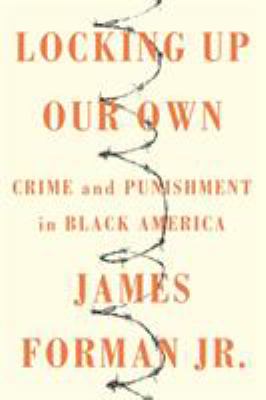 Crime and Punishment in Black America

Forman, James, 1967- author.
Format: Book
Edition: First edition.
Description: 306 pages : illustrations ; 24 cm
"An original and consequential argument about race, crime, and the law Today, Americans are debating our criminal justice system with new urgency. Mass incarceration and aggressive police tactics -- and their impact on people of color -- are feeding outrage and a consensus that something must be done. But what if we only know half the story? In Locking Up Our Own, the Yale legal scholar and former public defender James Forman Jr. weighs the tragic role that some African Americans themselves played in escalating the war on crime. As Forman shows, the first substantial cohort of black mayors, judges, and police chiefs took office around the country amid a surge in crime. Many came to believe that tough measures -- such as stringent drug and gun laws and "pretext traffic stops" in poor African American neighborhoods -- were needed to secure a stable future for black communities. Some politicians and activists saw criminals as a "cancer" that had to be cut away from the rest of black America. Others supported harsh measures more reluctantly, believing they had no other choice in the face of a public safety emergency. Drawing on his experience as a public defender and focusing on Washington, D.C., Forman writes with compassion for individuals trapped in terrible dilemmas -- from the young men and women he defended to officials struggling to cope with an impossible situation. The result is an original view of our justice system as well as a moving portrait of the human beings caught in its coils."-- Provided by publisher.
Contents: Part I: Origins -- 1. Gateway to the war on drugs: marijuana, 1975 -- 2. Black lives matter: gun control, 1975 -- 3. Representatives of their race: the rise of African American police, 1948-78 -- Part II: Consequences -- 4. "Locking up thugs is not vindictive": sentencing, 1981-82 -- 5. "The worst thing to hit us since slavery": crack and the advent of warrior policing, 1988-92 -- 6. What would Martin Luther King, Jr., say?: stop and search, 1995 -- Epilogue: The reach of our mercy, 2014-16.
Subjects:
Criminal justice, Administration of -- United States.
Discrimination in criminal justice administration -- United States.
Life and death, Power over.
African American judges.
African American politicians.
African American police.
Social justice -- United States.
United States -- Race relations.

Hold
Book
5 of 6 available
Save to List
Includes bibliographical references and index.