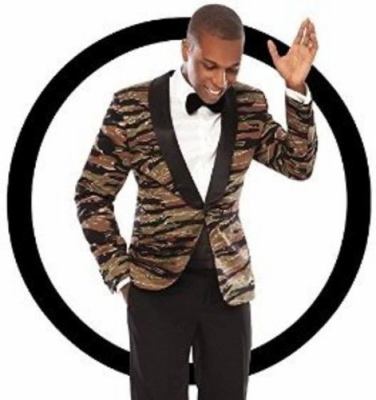 Odom, Jr, Leslie.
Format: Music CD
Description: 1 sound disc : digital ; 4 3/4 in.
Singer/actor Leslie Odom, Jr.'s eponymous debut is a set of graceful vocal jazz interpretations of show tunes and popular song. The album was originally self-released in 2014 with nine tracks. He reworked the song list after his success (and Tony Award) as Aaron Burr in the original Broadway cast of the blockbuster musical Hamilton, cutting three songs and replacing them with four new selections for a 2016 re-release with S-Curve. Gone are Simon & Garfunkel's "Song for the Asking," a tune from the musical Civil War, and the title track from the 1957 film Wild Is the Wind, originally recorded by Johnny Mathis. Additions include Willie Nelson's "The Party's Over" and the Kosma-Mercer classic "Autumn Leaves," an album highlight. ~ Marcy Donelson
Contents: Looking for the silver lining -- Joey, Joey, Joey -- Autumn leaves -- Brazil -- Love look away -- Nobody knows you when you're down & out -- The guilty ones -- I know that you know -- Cheer up Charlie -- The party's over.
UPC: 405053821150
Hold
Music CD
4 of 4 available
Save to List
Find
Streaming Music
Save to List