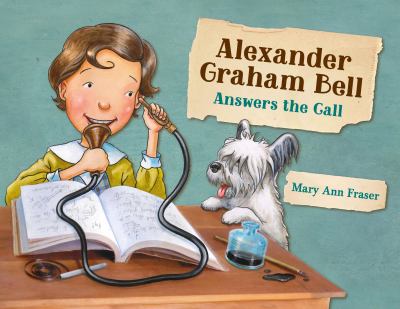 Fraser, Mary Ann, author.
Format: Book
Description: 1 volume (unpaged) : chiefly color illustrations ; 23 x 29 cm
Well before Alexander Graham Bell invented the telephone, Aleck (as his family called him) was a curious boy, interested in how and why he was able to hear the world all around him. His father was a speech therapist who invented the Visible Alphabet and his mother was hearing impaired, which only made Aleck even more fascinated by sound vibration and modes of communication.

Naturally inquisitive and inclined to test his knowledge, young Aleck was the perfect person to grow up in the Age of Invention. As a kid he toyed with sound vibrations and began a life of inventing.

This in-depth look at the life and inspiration of the brilliant man who invented the tele-phone is sure to ?re up the imaginations of young readers who question why and how things work.

Driven by curiosity and an eagerness to help others, Aleck became a teacher for the deaf. His eventual invention of the telephone proved that he never stopped thinking big or experimenting with sound. 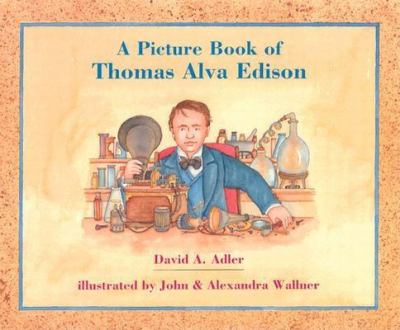 A picture book of Thomas Alva Edison
Adler, David A. 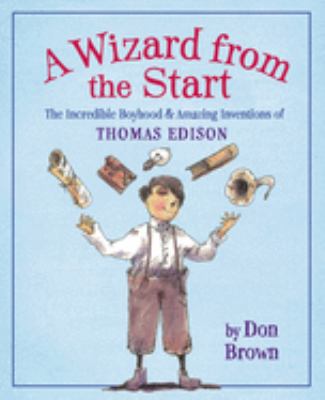 A wizard from the start: the incredible boyhood & amazing inventions of Thomas Edison
Brown, Don 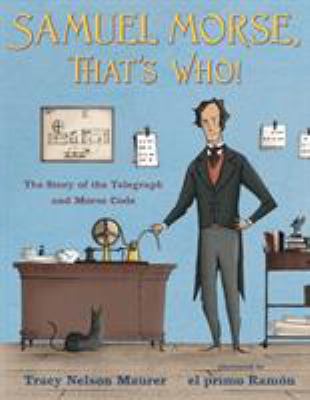 Samuel Morse, that's who!: the story of the telegraph and Morse code
Maurer, Tracy