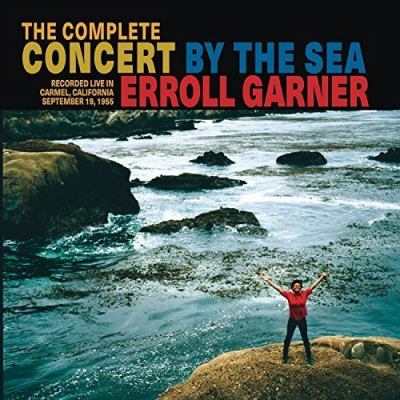 Garner, Erroll, instrumentalist, interviewee.
Format: Music CD
Description: 3 audio discs (159 min.) ; 4 3/4 in.
Concert by the Sea is certainly one of the biggest albums in jazz history, selling over 225,000 copies in the first year after its 1956 release and turning into such a steady seller over the next few years, it reportedly brought Columbia Records a million dollars by 1958 -- a nice sum at any time but astronomical in the late '50s. It should've turned Erroll Garner into a full-fledged superstar and, in a way, it did, because it was a reliable catalog item and earned him plenty of fans, including Johnny Carson, who frequently invited the pianist onto The Tonight Show. Instead, Concert by the Sea turned into a pinnacle, with Garner and manager Martha Glaser sliding into contractual battles with Columbia that hampered his long-term growth. Glaser is the one who had the idea to turn the tapes of Garner's September 19, 1955 concert at the Sunset School in Carmel-by-the-Sea, California into a full-fledged album, taking tapes that may have otherwise wound up as a bootleg and turning them over to Columbia. The label whittled the 19-song concert into an 11-track single LP -- Columbia/Legacy's 2015 The Complete Concert by the Sea restores the entirety of the concert over the course of two CDs, adding the original LP as a third -- and, by doing so, they wound up distilling Garner's joyous appeal. Supported by bassist Eddie Calhoun and drummer Denzil Best, Garner seems at home skipping and swinging through a collection of bop and big-band standards, tunes that offer showcases for his sly skill of remaining melodic even when departing from the melody. Garner's playing is so robust and easy to enjoy that his flashier flourishes, such as the cloistered chords that call up "Caravan," almost seem camouflaged, but there are also subtler signatures, like how he slyly emphasizes staccato left-hand rhythms as much as the melody on "They Can't Take That Away from Me." These are distinctions that appear on close listening but the wonderful thing about Concert by the Sea is how it's so infectious and open-hearted, it almost defies inspection: it's the kind of warm, inviting music that seems born from joy and can't help but engender bliss in the listener. [The 2015 expansion offers simply more of a good thing: the rest of the concert is every bit as good as the selections that made the official LP.] ~ Stephen Thomas Erlewine
Other Authors:
Calhoun, Eddie, instrumentalist, interviewee.
Best, Denzil, instrumentalist, interviewee.
Thornbury, Will, 1920-1992, interviewer.
Morgenstern, Dan, writer of added commentary.
Allen, Geri, writer of added commentary.
Kelley, Robin D. G., writer of added commentary.