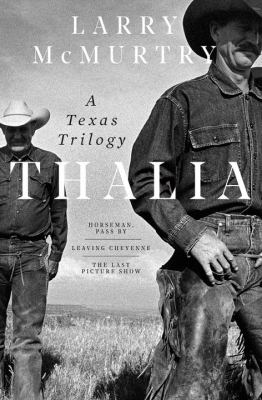 The renaissance of Larry McMurtry, "an alchemist who converts the basest materials to gold" ( New York Times Book Review ), continues with the publication of Thalia .

Larry McMurtry burst onto the American literary scene with a force that would forever redefine how we perceive the American West. His first three novels-- Horseman , Pass By (1961),* Leaving Cheyenne (1963), and The Last Picture Show (1966)-- all set in the north Texas town of Thalia after World War II, are collected here for the first time. In this trilogy, McMurtry writes tragically of men and women trying to carve out an existence on the plains, where the forces of modernity challenge small- town American life. From a cattleranch rivalry that confirms McMurtry's "full- blooded Western genius" ( Publishers Weekly ) to a love triangle involving a cowboy, his rancher boss and wife, and finally to the hardscrabble citizens of an oil- patch town trying to keep their only movie house alive, McMurtry captures the stark realities of the West like no one else. With a new introduction, Thalia emerges as an American classic that celebrates one of our greatest literary masters.

*Just named in 2017 by Publishers Weekly the #1 Western novel worthy of rediscovery. 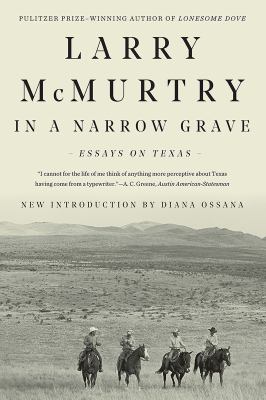 In a narrow grave : essays on Texas
McMurtry, Larry, author.