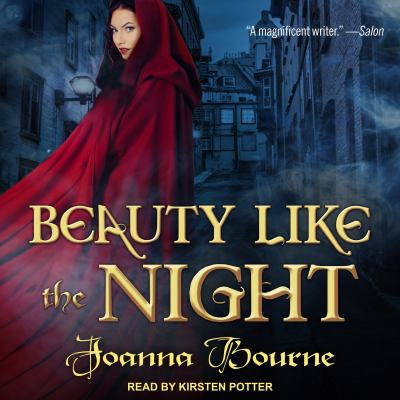 Bourne, Joanna, author.
Format: Eaudiobook
Edition: Unabridged.
Description: 1 online resource (1 audio file (9hr., 41 min.)) : digital.
Severine de Cabrillac, orphan of the French revolution and sometime British intelligence agent, has tried to leave spying behind her. Now she devotes herself to investigating crimes in London and finding justice for the wrongly accused. Raoul Deverney, an enigmatic half-Spaniard with enough secrets to earn even a spy's respect, is at her door demanding help. She's the only one who can find the killer of his long-estranged wife and rescue her missing twelve-year-old daughter. Severine reluctantly agrees to aid him, even though she knows the growing attraction between them makes it more than unwise. Their desperate search for the girl unleashes treason and murder . . . and offers a last chance for two strong, wounded people to find love.
Series: Berkley Sensation historical romance.
Other Authors:
Potter, Kirsten.
hoopla digital.