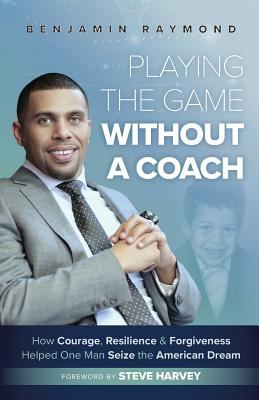 How Courage, Resilience, and Forgiveness Helped One Man Seize the American Dream

Raymond, Benjamin, author.
Format: Book
Description: 282 pages : black and white photographs ; 22 cm
At thirteen years old, Benjamin Raymond made a life-changing decision. The son of a white mother, who often broke down under the strains of her mental illness and drug addiction, and a black father, who had long since disappeared, Ben took control of his destiny and put himself in foster care. While he struggled to find a stable home, Ben had a gift that could catapult him to a better life. He was a major talent on the basketball court. His natural athleticism and fierce drive won him a college scholarship, but earning a double degree was only the beginning. He was determined to play at a championship level in every area of life. As he mastered the game in corporate America, Ben transitioned from award-winning salesperson to thriving business owner. He also became a committed husband and father and a mentor to young men, executives, and entrepreneurs. Along the way, he uncovered painful family secrets as he unraveled the truth of his identity as a child of two races, two cultures, and two troubled parents. A raw portrait of growing up in a family burdened with mental illness and domestic violence, building relationships through prison walls, and discovering what living a rich life really means, Playing the Game without a Coach is a story of courage, resilience, and ultimately, forgiveness.
Other Authors:
Davis, Candice L., editor.
Contents: Forward by Steve Harvey.
Subjects:
Raymond, Benjamin.
Life change events.
Conduct of life -- Juvenile literature.