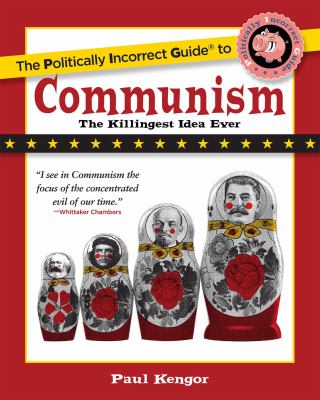 Communism has wrecked national economies, enslaved whole peoples, and killed more than a hundred million men and women. What's not to like?

Too many young Americans are supporting communism. Millennials prefer socialism to capitalism, and 25 percent have a positive view of Lenin. One in four Americans believe that George W. Bush killed more people than Josef Stalin. And 69 percent of Millennials would vote for a socialist for president.

They ought to know better. Communism is the most dangerous idea in world history, producing dire poverty, repression, and carnage wherever it has been tried. And no wonder--because communism flatly denies morality, human nature, and basic facts. But it's always going to be different this time.

In The Politically Incorrect Guide to Communism , renowned scholar and bestselling author Paul Kengor unmasks communism, exposing the blood-drenched history--and dangerously pervasive influence--of the world's worst ideology.
Contents: Educating for ignorance -- How many people have these bastards killed? -- When and where it all began -- The communist program : and its problems -- Bolshevik brutes -- The Comintern : taking the revolution to the world -- Uncle Joe -- Mao and other monsters : communism assaults Asia -- Meet Fidel and Che, two vicious commie nuts who wanted to blow up the world -- "21st century socialism" (read: communism) -- Why doesn't everybody know communism's appalling track record? -- Cultural marxism and the new left -- Communism today -- Commies just love blacks and women -- Stupidity on parade -- Acknowledgments -- Notes -- Index.
Subjects:
Communism -- History.