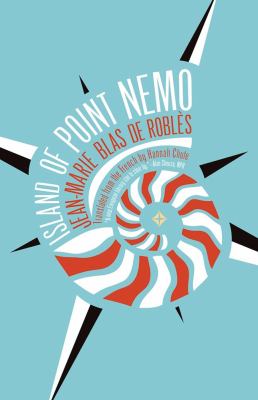 Blas de Roblès, Jean-Marie, 1954- author.
Format: Book
Edition: First edition.
Description: 397 pages ; 22 cm
""Those of you who stay with Blas de Robles's ultimately quite satisfying novel will find yourselves with a new European literary star to steer by."-Alan Cheuse, NPR. A stolen diamond and three right feet, wearing shoes of a non-existent brand, that wash ashore in Scotland set into motion the first plot of Island of Point Nemo, a rollicking Jules Verne-like adventure narrative that crosses continents and oceans, involves multilingual codes, a world-famous villain, and three eccentrically loopy detectives. Running parallel is the story of B@bil Books, an e-reader factory in France filled with its own set of colorful characters, including the impotent Dieumercie and his randy wife, who will stop at nothing -- including a suspect ritual involving bees -- to fix his "problem," and their abusive boss Wang-ilWong, obsessed with carrier pigeons and spying on his employees. With the humor of a Jasper Fforde novel, and the structure of a Haruki Murakami one, Island of Point Nemo is a literary puzzle and grand testament to the power of storytelling -- even in our digital age. Born in Algeria, Jean-Marie Blas de Robles is a truly international writer, having spent significant time in Brazil, France, Taiwan, and Libya. His novel Where Tigers Are at Home won the Fnac, Giono, and Medicis Prizes. Island of Point Nemo is his ninth novel. Hannah Chute has an MA in translation from the University of Rochester. In 2015, she received the Banff Centre Scholarship to work on Island of Point Nemo, her first full-length translation"-- Provided by publisher.
Other Authors:
Chute, Hannah, 1992- translator.
Subjects:
Detective and mystery stories.
Serial murder investigation -- Fiction.
Jewelry theft -- Fiction.
Islands -- Scotland -- Fiction.

Hold
Book
1 of 1 available
Save to List
Previously published in French as L'ile du Point Némo.