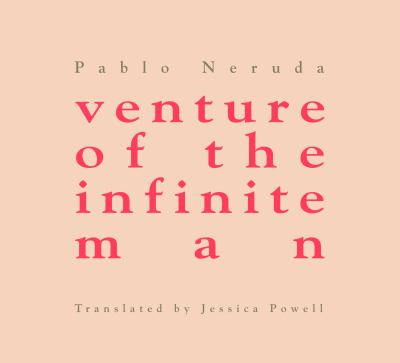 Neruda, Pablo, 1904-1973, author.
Format: Book
Description: 1 volume (unpaged) ; 14 cm
"Neruda's long-overlooked third book of poetry, critical in his poetic evolution, now translated into English for the very first time! Over twenty books by Pablo Neruda, the legendary Chilean poet and Nobel Laureate, have been translated into English, a testament to his enormous appeal. Yet, the work Neruda pointed to as "one of the most important books of my poetry," has been woefully neglected and remains virtually unknown. Venture of the Infinite Man was Neruda's third book, published in 1926, two years after his widely celebrated and still much beloved Twenty Love Poems. In a stark stylistic departure from the love poems, Neruda discarded rhyme, meter, punctuation and capitalization in an attempt to better capture the voice of the subconscious. In an epic poem comprised of fifteen cantos spread over 44 un-numbered pages, the Infinite Man sets forth on a virtual sleepwalk through time and space, on a quest to atone for his past and to rediscover himself. Neruda's readers were not prepared for this experiment, and Venture did not garner the reception Neruda had hoped for. Indeed, decades after its publication, he lamented that it remained "the least read and least studied of all my work." Venture is a strikingly clear example of a poet's creative and intellectual development, bridging the aching, plain lyricism of Love Poems, and the unique hermeticism of Neruda's next book, the landmark Residence on Earth. Neruda considered Venture essential to his evolution: "Within its smallness and minimal expression, more than most of my works, it claimed, it secured, the path that I had to follow." Its long-overdue translation into English is cause for celebration!"-- Provided by publisher.
Other Authors:
Neruda, Pablo, 1904-1973. Tentativa del hombre infinito. English.
Neruda, Pablo, 1904-1973. Tentativa del hombre infinito.
Ernst Powell, Jessica, translator.
Eisner, Mark, 1973- writer of introduction.

Hold
Book
1 of 1 available
Save to List
Poem.
In English and Spanish. 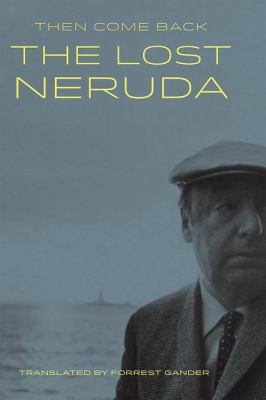