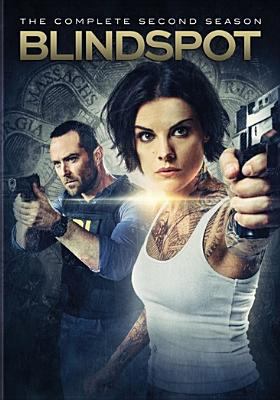 Format: DVD
Description: 5 videodiscs (943 min.) : sound, color ; 4 3/4 in.
A beautiful woman is found naked in Times Square, her memory erased, her body covered in a series of coded tattoos. But as 'Jane Doe' and the FBI team who discovered her work to decipher, investigate, and solve the complex treasure map of her body, an ever-widening web of conspiracy and corruption is revealed, as is the truth behind Jane Doe's real identity and the identity of the people who sent her to the FBI in the first place.
Target Audience: Rating: Not rated.
UPC: 883929565153
Hold
DVD
3 of 4 available
Save to List
Videorecording.
Sullivan Stapleton, Jaimie Alexander, Rob Brown, Audrey Esparza, Ashley Johnson, Ukweli Roach, Luke Mitchell, Michelle Hurd, Archie Panjabi.
DVD, wide screen.
English dialogue; Spanish, English or French subtitles; subtitled for the deaf and hard of hearing (SDH).