Join us for a book group discussion of this month’s title, The Business of Lovers, by Eric Jerome Dickey.  For more information call Ronisha Jones at 803-929-3409. 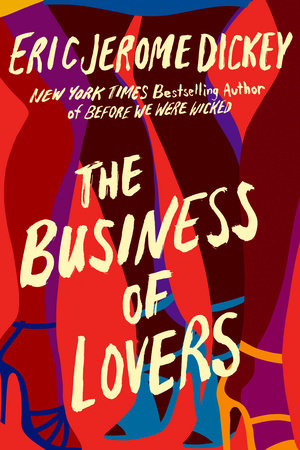 "All is fair in love and lust in New York Times bestselling author Eric Jerome Dickey's tale of two brothers, four women, and the business of desire.

Unlike their younger brother, Andre, whose star as a comedian is rising, neither Dwayne nor Brick Duquesne is having luck with his career-and they're unluckier still in love. Former child star Dwayne has just been fired from his latest acting role and barely has enough money to get by after paying child support to his spiteful former lover, while Brick struggles to return to his uninspiring white-collar job after suffering the dual blows of a health emergency and a nasty breakup with the woman he still loves.

Neither brother is looking to get entangled with a woman anytime soon, but love-and lust-has a way of twisting the best-laid plans. When Dwayne tries to reconnect with his teenage son, he finds himself fighting to separate his animosity from his attraction for his son's mother, Frenchie. And Brick's latest source of income-chauffeur and bodyguard to three smart, independent women temporarily working as escorts in order to get back on their feet-opens a world of possibility in both love and money. Penny, Christiana, and Mocha Latte know plenty of female johns who would pay top dollar for a few hours with a man like Brick . . . if he can let go of his past, embrace his unconventional new family, and allow strangers to become lovers.

Eric Jerome Dickey paints a powerful portrait of the family we have, the families we create, and every sexy moment in between."

Cover to Cover Book Group meets the second Tuesday of every other month at 6pm. We are currently meeting virtually.

Online
All Booked Up
Registration Required