In celebration of Robert Smalls and the stealing of the C.S.S. Planter during the Civil War, join us for An Evening with Cartoonist Joel Christian Gill as he discusses the graphic novel, Robert Smalls in his Tales of the Talented Tenth series. 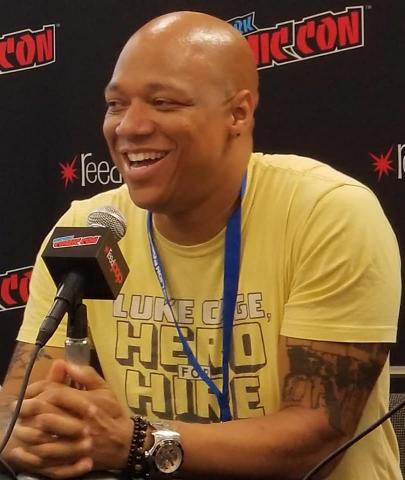 Joel Christian Gill is a cartoonist, historian, and educator who has written and drawn several graphic novels about African American history and culture, including the Tales of the Talented Tenth series, Strange Fruit: Uncelebrated Narratives from Black History (Vols. 1-2), Fast Enough: Bessie Stringfield’s First Ride, and the graphic memoir, Fights: One Boys Triumph Over Violence.

His latest graphic novel is Robert Smalls: Tales of the Talented Tenth #3 which focuses on the true story of the enslaved South Carolinian who emancipated himself and his family by pulling off one of the most daring and largest heists of the Civil War.

Mr. Gill is currently working on the graphic novel adaptation of Dr. Ibram X Kendi's Stamped from the Beginning: A Definitive History of Racist Ideas in America. Gill is also Associate Professor of Illustration at Massachusetts College of Art & Design and is originally from Roanoke, Virginia.

"Tales of the Talented Tenth is a testament, in the words of W. E. B. Du Bois, that everyday Black people stand under the sun, with bravery and courage, to represent us. Joel Christian Gills shows how ordinary people fight for our collective liberation and whose stories are not often at the forefront of our historical consciousness." —Ibram X. Kendi, author of How to Be an Antiracist 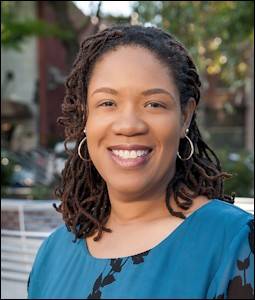 Qiana Whitted is professor of English and African American Studies at the University of South Carolina. A graduate of Hampton University with a PhD from Yale University, her research and teaching focus on Black literary and cultural studies, and American comics and graphic novels.

She is the author of the Eisner Award-winning book, EC Comics: Race, Shock, and Social Protest and co-editor of the collection on Comics and the U.S. South. Many of her published essays explore race, genre, and identity in comics representations of historical figures such as Nat Turner, Stagger Lee, and Emmett Till.

Professor Whitted is currently editing a collection of essays on blackness in early American comics. She is also the editor of Inks: The Journal of the Comics Studies Society and chair of the International Comic Arts Forum.

Add to Calendar 2021-10-09 18:00:00 2021-10-09 19:00:00 African-Americans and Graphic Novels In celebration of Robert Smalls and the stealing of the C.S.S. Planter during the Civil War, join us for An Evening with Cartoonist Joel Christian Gill as he discusses the graphic novel, Robert Smalls in his Tales of the Talented Tenth series. Online Richland Library no-reply@richlandlibrary.com America/New_York public

Online
The Boy Who Cried Wolf...And Everything Else