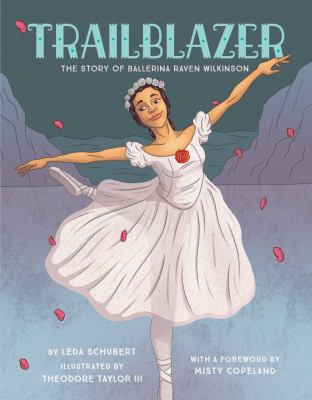 The Story of Ballerina Raven Wilkinson

Schubert, Leda, author.
Format: Book
Edition: First edition.
Description: 1 volume (unpaged) : color illustrations ; 29 cm
"This beautiful picture book tells the little-known story of Raven Wilkinson, the first African American woman to dance for a major classical ballet company and an inspiration to Misty Copeland. When she was only five years old, her parents took her to see the Ballet Russe de Monte Carlo. Raven perched on her crushed velvet seat, heard the tympani, and cried with delight even before the curtain lifted. From that moment on, her passion for dance only grew deeper inside of her. No black ballerina had ever danced with a major touring troupe before. Raven would be the first. Raven Wilkinson was born on February 2, 1935, in New York City. From the time she was a little girl, all she wanted to do was dance. On Raven's ninth birthday, her uncle gifted her with ballet lessons, and she completely fell in love with dance. While she was a student at Columbia University, Raven auditioned for the Ballet Russe de Monte Carlo and was finally accepted on her third try, even after being told she couldn't dance with them because of her skin color. When she started touring with her troupe in the United States in 1955, Raven encountered much racism in the South, but the applause, alongside the opportunity to dance, made all the hardship worth it. Several years later she would dance for royalty with the Dutch National Ballet and regularly performed with the New York City Opera until she was fifty. This beautiful picture book tells the uplifting story of the first African American woman to dance for a major classical ballet company and how she became a huge inspiration for Misty Copeland. Theodore Taylor III's unique, heavy line style of illustration brings a deeper level of fluidity and life to the work, and Misty Copeland's beautifully written foreword will delight ballet and dance fans of all ages"-- Provided by publisher.
Other Authors:
Copeland, Misty, author.
Taylor, Theodore, III, illustrator.

Hold
Book
5 of 5 available
Save to List
Includes bibliographical references. 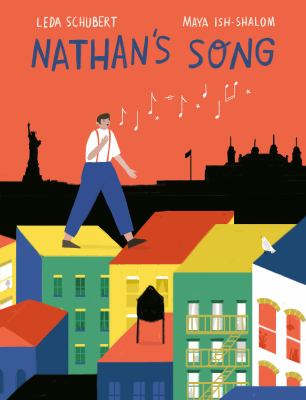 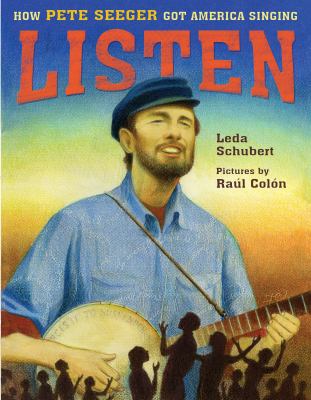