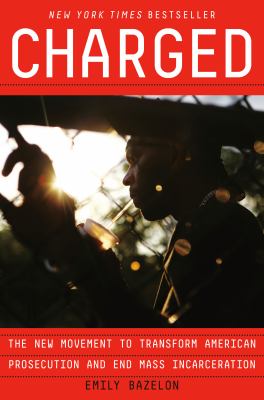 Bazelon, Emily, author.
Format: Book
Description: 409 pages : illustrations ; 25 cm
"A renowned investigative journalist exposes the unchecked power of the prosecutor as a driving force in America's mass incarceration crisis, and also offers a way out. The American criminal justice system is supposed to be a contest between two equal adversaries, the prosecution and the defense, with judges ensuring a fair fight. But in fact, it is prosecutors who have the upper hand, in a contest that is far from equal. More than anyone else, prosecutors decide who goes free and who goes to prison, and even who lives and who dies. The system wasn't designed for this kind of unchecked power, and in Charged, Emily Bazelon shows that it is an underreported cause of enormous injustice--and the missing piece in the mass incarceration puzzle. But that's only half the story. Prosecution in America is at a crossroads. The power of prosecutors makes them the actors in the system--the only actors--who can fix what's broken without changing a single law. They can end mass incarceration, protect against coercive plea bargains and convicting the innocent, and tackle racial bias. And because in almost every state we, the people, elect prosecutors, it is within our power to reshape the choices they make. In the last few years, for the first time in American history, a wave of reform-minded prosecutors has taken office in major cities throughout the country. Bazelon follows them, showing the difference they make for people caught in the system and how they are coming together as a new kind of lobby for justice and mercy. In Charged, Emily Bazelon mounts a major critique of the American criminal justice system--and charts the movement for change"-- Provided by publisher.
Contents: Charge -- Hearing -- Bail -- Gun court -- Election -- Trial -- Guilty plea -- The New D.A.s -- Appeal -- Diversion -- Alford plea -- Dismissal -- Ethics trial -- Reform.
Subjects:
Prosecution -- United States -- Decision making.
Prosecutorial misconduct -- United States.
Public prosecutors -- United States.
Sentences (Criminal procedure) -- United States.
Imprisonment -- United States.
Criminal justice, Administration of -- Corrupt practices -- United States.