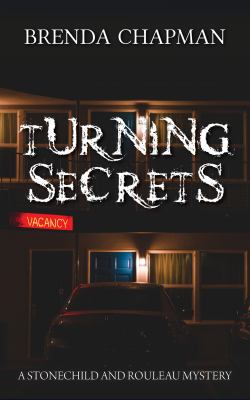 Chapman, Brenda, 1955- author.
Format: Book
Description: 406 pages ; 21 cm.
"Former teenage runaway and new single mother Nadia Armstrong moves to Kingston to turn her life around. But six months after she rents a low-end apartment, her body is found on a concrete slab in an isolated construction site. Major Crimes begins piecing together her last days, uncertain if this is a case of suicide or murder. To make matters more difficult, a member of the team is leaking information to reporter Marci Stokes, putting Staff Sergeant Rouleau in a precarious position. Meanwhile, Officer Kala Stonechild's niece, Dawn, is secretly corresponding with her father, who's out on early parole. Dawn isn't sure what he wants, especially when he turns up in town uninvited. Dawn's friend Vanessa is also keeping a dangerous secret - her relationship with an older man named Leo, who preys on young girls. And it's not long before he has Dawn in his sights..."-- Provided by publisher.
Series: Chapman, Brenda, 1955- Stonechild and Rouleau mystery.
Subjects:
Stonechild, Kala (Fictitious character) -- Fiction.
Rouleau, Jacques (Fictitious character) -- Fiction.

Hold
Book
0 of 1 available
Save to List
Issued also in electronic formats.