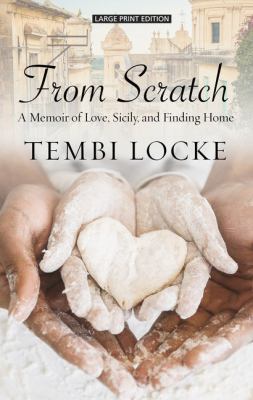 A Memoir of Love, Sicily, and Finding Home

Locke, Tembi, 1970- author.
Format: Large Print
Edition: Large print edition.
Description: 513 pages (large print) ; 23 cm.
"It was love at first sight when Tembi met professional chef, Saro, on a street in Florence. There was just one problem: Saro's traditional Sicilian family did not approve of him marrying a black American woman, an actress no less. However, the couple, heartbroken but undeterred, forges on. They build a happy life in Los Angeles, with fulfilling careers, deep friendships and the love of their lives: a baby girl they adopt at birth. Eventually, they reconcile with Saro's family just as he faces a formidable cancer that will consume all their dreams. From Scratch chronicles three summers Tembi spends in Sicily with her daughter, Zoela, as she begins to piece together a life without her husband in his tiny hometown hamlet of farmers. Where once Tembi was estranged from Saro's family and his origins, now she finds solace and nourishment--literally and spiritually--at her mother in law's table. In the Sicilian countryside, she discovers the healing gifts of simple fresh food, the embrace of a close knit community, and timeless traditions and wisdom that light a path forward. All along the way she reflects on her and Saro's incredible romance--an indelible love story that leaps off the pages. In Sicily, it is said that every story begins with a marriage or a death--in Tembi Locke's case, it is both. Her story is about loss, but it's really about love found. Her story is about travel, but it's really about finding a home. It is about food, but it's really about chasing flavor as an act of remembrance"-- Provided by publisher.
Series: Thorndike Press large print biographies and memoirs.
Subjects:
Locke, Tembi, 1970-
Locke, Tembi, 1970- -- Travel -- Italy -- Sicily.
Television actors and actresses -- United States -- Biography.
African American actresses -- Biography.
Widows -- United States -- Biography.
Spouses of cancer patients -- United States -- Biography.
Interracial marriage -- United States.
Interracial marriage -- Italy.
Intercountry marriage -- United States.
Intercountry marriage -- Italy.
Large type books.
Sicily (Italy) -- Biography. 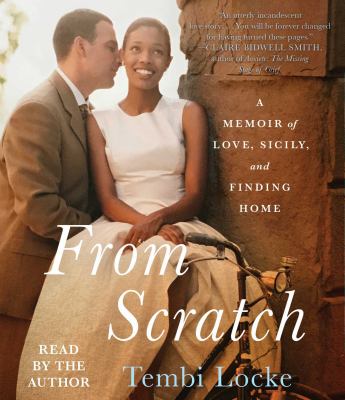 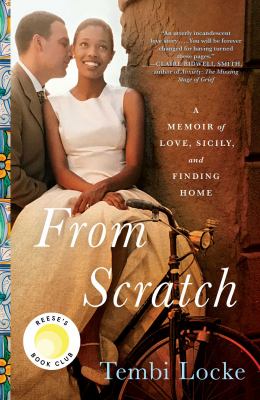 From scratch : a memoir of love, Sicily, and finding home
Locke, Tembi, 1970- author.