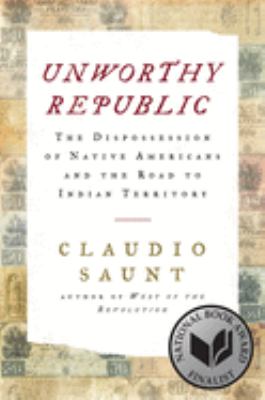 The Dispossession of Native Americans and the Road to Indian Territory

Saunt, Claudio, author.
Format: Book
Edition: First edition.
Description: xix, 396 pages : illustrations, maps ; 24 cm
"A masterful and unsettling history of the forced migration of 80,000 Native Americans across the Mississippi River in the 1830s. On May 28, 1830, Congress authorized the expulsion of indigenous peoples from the East to territories west of the Mississippi River. Over the next decade, Native Americans saw their homelands and possessions stolen through fraud, intimidation, and murder. Thousands lost their lives. In this powerful, gripping book, Claudio Saunt upends the common view that "Indian Removal" was an inevitable chapter in US expansion across the continent. Instead, Saunt argues that it was a contested political act-resisted by both indigenous peoples and US citizens-that passed in Congress by a razor-thin margin. In telling the full story of this systematic, state-sponsored theft, Saunt reveals how expulsion became national policy, abetted by southern slave owners and financed by Wall Street. Moving beyond the familiar story of the Trail of Tears, Unworthy Republic offers a fast-paced yet deeply researched account of unbridled greed, government indifference, and administrative incompetence. The consequences of this vast transfer of land and wealth still resonate today"-- Provided by publisher.
Contents: Introduction: "Words are delusive" -- White supremacy and Indian territory. Aboriginia ; The White people of Georgia -- The view from Washington City. The debate ; "Forked tongue and shallow hart" -- The best laid plans. The plan of operations ; The cholera times -- Financing dispossession. The financiers ; "A combination of designing speculators" -- From expulsion to extermination. 1836: the southern world at war ; At the point of a bayonet ; 'Tis no sin -- Afterword: The price of expulsion.
Subjects:
Indian Removal, 1813-1903.
Indians of North America -- Government relations -- 1789-1869.
United States -- History -- 1815-1861.

Hold
Book
1 of 2 available
Save to List
Includes bibliographical references and index. 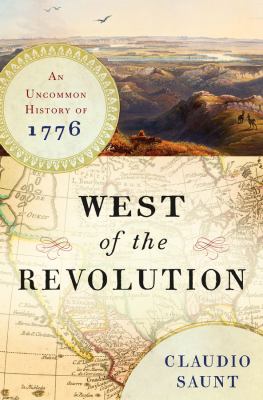 West of the Revolution : an uncommon history of 1776
Saunt, Claudio, author.