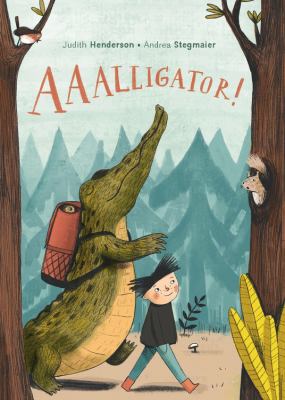 Henderson, Judith, author.
Format: Book
Description: 1 volume (unpaged) : color illustrations ; 32 cm
"When a boy encounters and alligator while hiking in the woods, he immediately jumps back and cries, "AAAlligator!". But he soon realizes the alligator needs his help, so he bravely steps up, even though he is afraid. His good deed done, he heads home, thinking that was the end of that. But later that evening, he hears a rustling outside his window -- the alligator! Waiting ... but not in a hungry way. Over time, the boy and the alligator become friends -- and one day, they venture into town. "AAAlligator! AAAlligator!" the townspeople cry. Everyone is very upset -- especially the mayor, who makes an official proclamation: "NO ALLIGATORS, blah, blah, blah." The boy and the alligator are forced to go home. That night, a crowd gathers outside the boy's door, led by the mayor. The alligator has to go, the mayor tells the boy. The boy asks the crowd to consider the alligator, who is friendly, and helpful, and hungry, and lonely ... It's food for thought. The townspeople talk it over. But the mayor insists, "NO ALLIGATORS!" The townspeople disperse. "Silly proclamation" ... "He hasn't even eaten anyone yet!" ... "It's not fair." The boy is worried. What's going to happen to the alligator? But then, to his surprise, the townspeople start secretly bringing their leftovers to feed the alligator -- and over time, the alligator becomes part of their community. The townspeople elect a new mayor, who writes a new proclamation, and everyone lives happily ever after ... proving that sometimes you just have to break the rules!"-- Provided by publisher.
Other Authors:
Stegmaier, Andrea, illustrator.
Subjects:
Alligators -- Juvenile fiction.
City and town life -- Juvenile fiction.
Friendship -- Juvenile fiction. 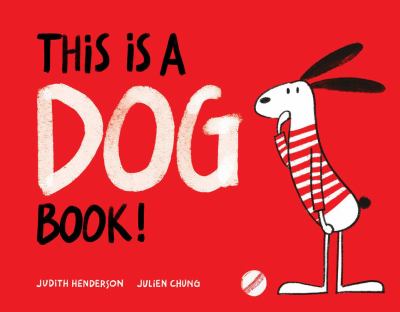 This is a dog book!
Henderson, Judith, author.