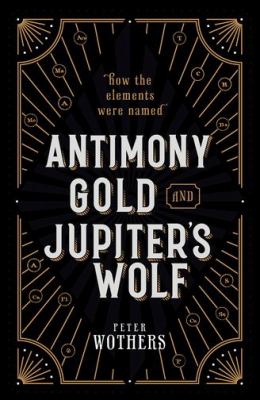 How the Elements Were Named

Wothers, Peter, author.
Format: Book
Edition: First edition.
Description: xiv, 273 pages : illustrations ; 24 cm
The iconic Periodic Table of the Elements is probably in its most satisfactory, elegant form it will ever have. This is because all the 'gaps' corresponding to missing elements in the seventh row, or period, have recently been filled and the elements named. But where do these names come from? For some (usually the most recent), the origins are quite obvious, such as germanium or californium, but for others - even the well-known elements, such as oxygen or nitrogen - their roots are less clear. here, Peter Wothers explores the fascinating and often surprising stories behind how the chemical elements received their names. Delving back in time to explore the history and gradual development of chemistry, he sifts through medieval manuscripts for clues to the stories surrounding the discovery of the elements, showing how they were first encountered or created, and how they were used in everyday lives. As he reveals, the oldest-known elements were often associated with astronomical bodies, and the connections with the heavens influenced the naming of a number of elements. Following this, a number of elements, including hydrogen and oxygen, were named during the great reform of chemistry, set amidst the French revolution. Whilst some of the origins of the names were controversial (and, indeed incorrect - some saying, for instance, that oxygen might be literally taken to mean 'the son of a vinegar merchant'), they have nonetheless influenced the language used throughout the world to this very day. Throughout, Wothers delights in dusting off the original sources, and bringing to light the astonishing, the unusual, and the downright weird origins behind the names of the elements we take for granted today.
Contents: Heavenly bodies -- Goblins and demons -- Fire and brimstone -- 'H two O' to 'O two H' -- Of ashes and alkalis -- Loadstones and earths -- The salt makers -- From under the nose -- Unstable endings.
Subjects:
Chemical elements -- Names.
Periodic table of the elements -- Names.

Hold
Book
1 of 1 available
Save to List
Includes bibliographical references (pages 253-265) and index.