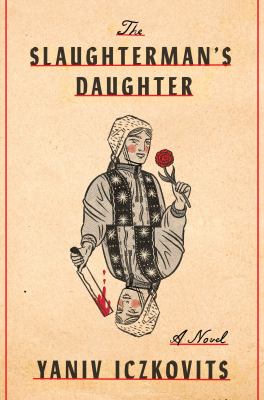 Iczkovits, Yaniv, 1975- author.
Format: Book
Edition: First United States edition.
Description: 515 pages : illustrations ; 25 cm
"An enthralling, picaresque tale of two Jewish sisters in late nineteenth-century Russia, filled with "boundless imagination, wit, and panache" (David Grossman), and enough intrigue and misadventure to stupefy the Cohen brothers. With her reputation as a vilde chaya, a wild beast, Fanny Keismann isn't like the other women in her shtetl-certainly not her obedient and anxiety-ridden sister, Mende, whose "philosopher" of a husband, Zvi-Meir, has run off to Minsk, abandoning her and their two children in a small village in Russia's Pale of Settlement. As a young girl, Fanny felt an inexorable pull toward the profession of her father, Grodno's ritual slaughterer, who reluctantly took her under his wing and trained her to be a master shochet-incredibly skilled with a knife. It's a knife that Fanny keeps tied to her right leg even now, as a married woman, cheese farmer, and mother of five, long after she's given up that unsuitable profession. Horrified by her brother-in-law's actions and heedless of the dangers facing a Jewish woman travelling alone in Czarist Russia, Fanny decides that enough is enough and sets off to track down Zvi-Meir and bring him home-with the help of the mute and mysterious ferryman, Zizek Breshov, an ex-soldier with his own sensational past. In irresistible prose, Israeli novelist Yaniv Iczkovits spins a family drama into a far-reaching comedy of errors that soon pits the Czar's army against the Russian secret police and threatens the foundations of the Russian Empire. The Slaughterman's Daughter is a rollicking and unforgettable work of fiction"-- Provided by publisher.
Other Authors:
Scharf, Orr, translator.
Subjects:
Sisters -- Fiction.
Abandoned wives -- Fiction.
Jewish women -- Russia -- Fiction.
Jewish families -- Russia -- Fiction.
Russia -- History -- 1801-1917 -- Fiction.

Hold
Book
0 of 1 available
Save to List
Originally published in Israel as תיקון אחר חצות by Keter Books Jerusalem, in 2015. First published in Great Britain in 2020 by MacLehose Press, an imprint of Quercus.