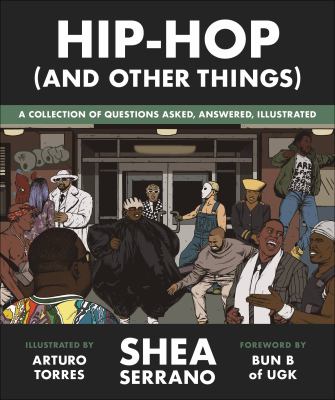 Serrano, Shea, author.
Format: Book
Edition: First edition.
Description: xiii, 253 pages : color illustrations ; 24 cm.
"Hip-hop (and other things) is about, as it were, rap, but also some other things. It spends the entirety of its time celebrating what has become the most dominant form of music these past two and a half decades. Tupac is in there. Jay Z is in there. Missy Elliott is in there. Drake is in there. Pretty much all of the big names are in there, as are a bunch of the smaller names, too. There's art from illustrator Arturo Torres, there are infographics and footnotes; there's all kinds of stuff in there. Some of the chapters are serious, and some of the chapters are silly, and some of the chapters are a combination of both things. All of them, though, are treated with the care and respect that they deserve"--Publisher.
Series: Serrano, Shea. And other things.
Other Authors:
Torres, Arturo, illustrator.
Bun B, 1973- writer of foreword. 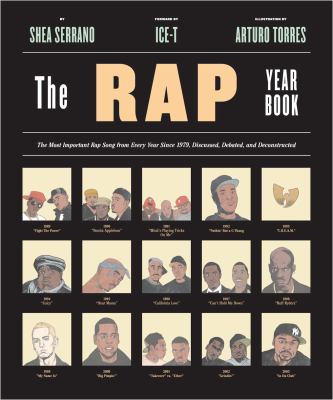 The rap year book : the most important rap song from every year since 1979, discussed, debated, and deconstructed
Serrano, Shea, author.