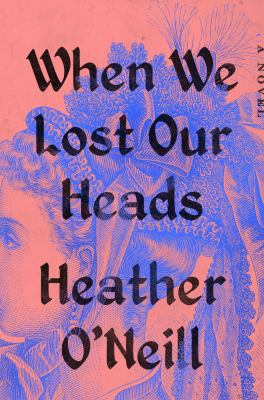 O'Neill, Heather, author.
Format: Book
Edition: First United States edition.
Description: 433 pages ; 24 cm
"A spellbinding story about two girls whose friendship is so intense it not only threatens to destroy them, it changes the trajectory of history. Marie Antoine is the charismatic, spoiled daughter of a sugar baron. At 12 years old, with her blond curls and her unparalleled sense of whimsey, she's the leader of all the children in the Golden Mile, an affluent strip of 19th century Montreal. Until one day in 1873, when Sadie Arnett, dark-haired, sly, and brilliant, moves to the neighborhood. Marie and Sadie are immediately united by their passion and intensity, and they attract and repel each other in ways that light each of them on fire. Marie with her bubbly charm sees the light and sweetness of the world, whereas Sadie's obsession with darkness is all consuming. Soon their childlike games take on a thrill of danger and then become deadly. Forced to separate, they spend their teenage years engaged in acts of alternating innocence and depravity-until a singular event unites them once more, with dizzying effects. And after Marie inherits her father's sugar empire and Sadie disappears into the city's gritty underworld, a revolution of the working class begins to foment. Each of them will have unexpected roles to play in events that upend their city-the only question is whether they will find each other once more. Traveling from a repressive finishing school to a vibrant brothel, taking readers firsthand into the brutality of factory life and the opulent lives of Montreal's wealthy, When We Lost Our Heads dazzlingly explores gender and power, sex and desire, class and status, and the terrifying power of the human heart when it can't let someone go"-- Provided by publisher.
Subjects:
Female friendship -- Fiction.
Social classes -- Fiction.
Montréal (Québec) -- History -- 19th century -- Fiction.