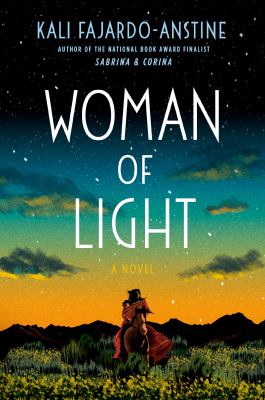 Fajardo-Anstine, Kali, author.
Format: Book
Edition: First edition.
Description: xxiv, 308 pages : map ; 22 cm.
"1890: When Desiderya Lopez, The Sleepy Prophet, finds an abandoned infant on the banks of an arroyo, she recognizes something in his spirit and brings him home. Pidre will go on to become a famous showman in the Anglo West whose main act, Simodecea, is Pidre's fearless, sharpshooting wife, who wrangles bears as part of his show. 1935: Luz "Little Light" Lopez and her brother Diego work the carnival circuit in downtown Denver. Luz, is a tea leaf reader, and Diego is a snake charmer. One day, a pale-faced woman in white fur asks Luz for a reading, calling her by a name that only her brother knows. Later that night at a party downtown, Luz sees Diego dancing with this pale-faced woman, which results in a brawl with the local white supremacist group. Diego leaves town for cover and Luz is left trying to get justice for her brother and family. Merging two multi-generational storylines in Colorado, this is a novel of family love, secrets, and survival. With Fajardo-Anstine's immense capacity to render characters and paint vivid life, set against the Sange de Cristo mountians, Woman of Light is full of the weight, richness, and complexities of mixed blood and mica clay. It delights like an Old Western, and inspires the hope embedded in histories yet-told"-- Provided by publisher.
Subjects:
Fortune-tellers -- Fiction.
Mexican Americans -- Fiction.
Generations -- Fiction.
Visions -- Fiction.
FICTION / Hispanic & Latino
FICTION / Indigenous
FICTION / Literary
Denver (Colo.) -- 20th century -- Fiction. 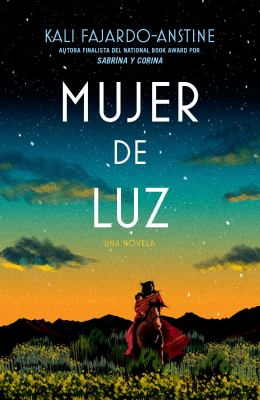 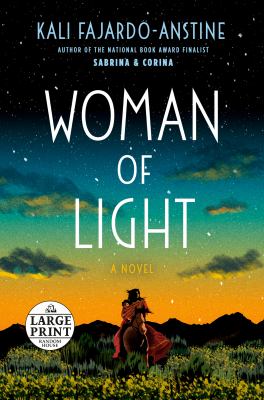