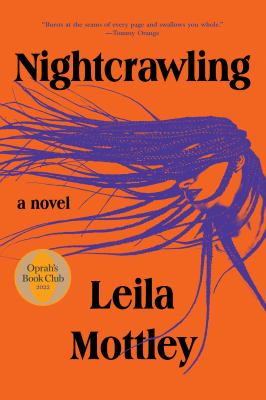 Mottley, Leila, 2002- author.
Format: Book
Edition: First edition.
Description: 271 pages ; 25 cm
"A dazzling, unforgettable novel about a young Black woman who walks the streets of Oakland and stumbles headlong into the failure of its justice system-a debut that announces a blazingly original voice. Kiara Johnson and her brother Marcus are barely scraping by in a squalid East Oakland apartment complex that calls itself, optimistically, the Royal-Hi. Both have dropped out of high school, their family fractured by death and prison. But while Marcus clings to his dream of rap stardom, Kiara hunts for work to pay their rent-which has now more than doubled-and to keep the 9-year-old boy next door, abandoned by his mother, safe and fed. What begins as a drunken misunderstanding with a stranger one night soon becomes the job Kiara never wanted but now desperately needs: nightcrawling. And her world breaks open even further when her name surfaces in an investigation that exposes her as a key witness in a massive scandal within the Oakland police department. Full of edge, raw beauty, electrifying intensity, and piercing vulnerability, Nightcrawling marks the stunning arrival of a voice unlike any we have heard before"-- Provided by publisher.
Subjects:
Brothers and sisters -- Fiction.
Police corruption -- Fiction.
Witnesses -- Fiction.
Oakland (Calif.) -- Fiction.