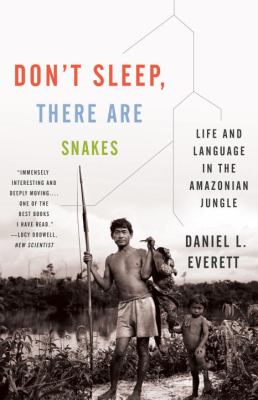 Life and Language in the Amazonian Jungle

Everett, Daniel Leonard.
Format: Book
Edition: First edition.
Description: xviii, 283 pages, 8 unnumbered pages of plates : illustrations (some color) ; 25 cm
A riveting account of the astonishing experiences and discoveries made by linguist Daniel Everett while he lived with the Pirahã, a small tribe of Amazonian Indians in central Brazil. Daniel Everett arrived among the Pirahã with his wife and three young children hoping to convert the tribe to Christianity. Everett quickly became obsessed with their language and its cultural and linguistic implications. The Pirahã have no counting system, no fixed terms for color, no concept of war, and no personal property. Everett was so impressed with their peaceful way of life that he eventually lost faith in the God he'd hoped to introduce to them, and instead devoted his life to the science of linguistics. Part passionate memoir, part scientific exploration, Everett's life-changing tale is riveting look into the nature of language, thought, and life itself.
Contents: Discovering the world of the Pirahãs -- The Amazon -- The cost of discipleship -- Sometimes you make mistakes -- Material culture and the absence of ritual -- Families and community -- Nature and the immediacy of experience -- A teenager named Túkaaga : murder and society -- Land to live free -- Caboclos : vignettes of Amazonian Brazilian life -- Changing channels with Pirahã sounds -- Pirahã words -- How much grammar do people need? -- Values and talking : the partnership between language and culture -- Recursion : language as a matrioshka doll -- Crooked heads and straight heads : perspectives on language and truth -- Converting the missionary.
Subjects:
Pirahá Indians -- Amazon River Region -- Social life and customs.
Pirahá dialect -- Social aspects -- Amazon River Region.
Jungles -- Amazon River Region.
Amazon River Region -- Social life and customs. 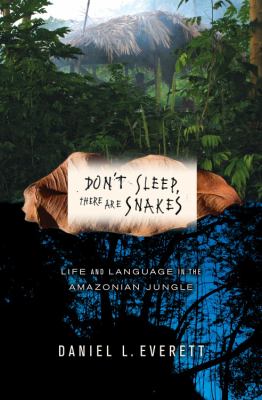 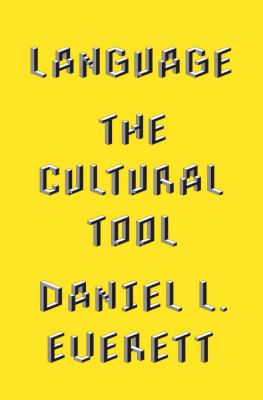