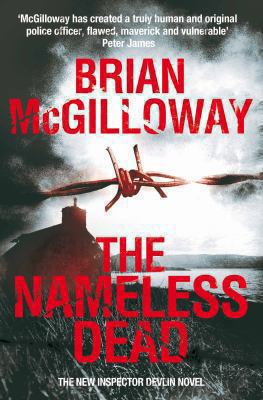 McGilloway, Brian, 1974-
Format: Book
Description: 390 pages ; 20 cm.
Declan Cleary's body has never been found, but everyone believes he was killed for informing on a friend more than 30 years ago. Now the Commission for Location of Victims' Remains is following a tip-off that he was buried on the small isle of Islandmore, in the middle of the River Foyle. Instead, the dig uncovers a baby's skeleton, and it doesn't look like death by natural causes. But evidence revealed by the commission's activities cannot lead to prosecution. Inspector Devlin is torn. He has no desire to resurrect the violent divisions of the recent past, but neither can he let a suspected murderer go unpunished. Now that the secret is out, more deaths follow. Devlin must follow his conscience, even when that puts those closest to him at terrible risk.
Series: The Inspector Devlin series
Subjects:
Devlin, Benedict (Fictitious character) -- Fiction.
Police -- Ireland -- Fiction.
Detective and mystery stories.