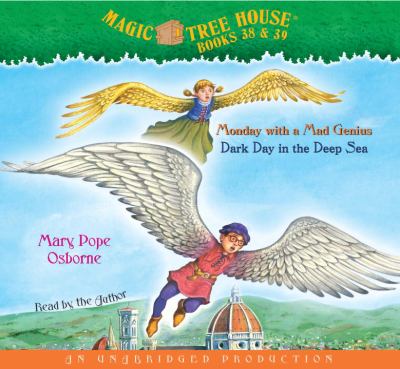 Osborne, Mary Pope.
Format: Eaudiobook
Description: digital
Join Jack and Annie as they travel back to the time of the Renaissance, an amazing period when great art and new ideas flourished in Europe and helped change the world. Then jump into a stormy and thrilling ocean adventure packed with history, mystery, and magic. Magic tree house #38: Monday with a mad genius. Jack and Annie receive a message from Morgan le Fay, the magical librarian of Camelot. They know they have to search for one of the four secrets of happiness to help Merlin the magician find joy in his life again. And so they head off in the magic tree house for Florence, Italy, in the early 1500s to spend the day with one of the greatest artists and inventors of all time--Leonardo da Vinci! Magic tree house #39: Dark day in the deep sea: Jack and Annie know they have to find one of the four secrets of happiness to help save Merlin the magician. But when the magic tree house whisks them off to a misty island in the middle of nowhere, they wonder how they will find anything. As the fog lifts, they see a huge three-masted ship--could it be a pirate ship? When a small rowboat makes its way to shore, the three men inside don't look like pirates at all. The ship turns out to be the world's first floating science laboratory, filled with sailors and scientists. Instead of hunting for treasure, the ship's crew is searching for undiscovered sea creatures--and for the giant sea monster that seems to be following them!
Series: Osborne, Mary Pope. Magic tree house (Listening Library (Firm)) ; #38-39.
Other Authors:
Osborne, Mary Pope.
Listening Library. 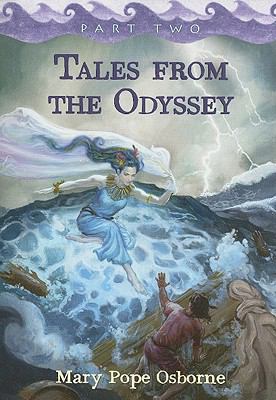